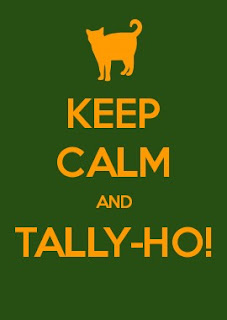 While some people are still counting votes, I am tallying up my rejections for the year. I have not sent out very many submissions this year, compared to some other recent years, but an acceptance today was a spur to do the count. So, in 2016 I sent out 27 packets, got 9 acceptances (of 12 actual poems, including 2 reprints in anthologies) and 14 rejections. It never quite adds up, due to carryover from past years. I have 11 pending submissions in the 2016 file, and some carryover all the way back to 2014, but I am counting those (in my mind) as rejections even though I never actually heard back from three publications. (I won't be sending to those 3 again.) It is much easier to tally things up when I send out fewer submissions, but much harder to get 100 rejections! 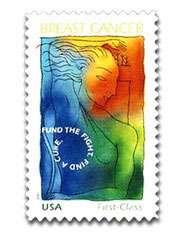 Meanwhile, I have begun sending out this year's Christmas cards and letters, a gradual process, and keeping track of that, too. I love to get actual mail, and I hope some other people do, too, and I am using a combination of leftover Peanuts Christmas stamps from last year and the beautiful Fund the Fight Find a Cure breast cancer research stamps I buy regularly in honor of my cousin Margie. When I run out of those, I have flower stamps and Wonder Woman stamps. I just have to remember to leave them out for the mail carrier or drop them in the mailbox in town. My brain remains both scattered and full these days, ticking things off and being ticked off since November 8. Sigh....

Not to be a tally ho, but I've also started tallying up my annual expenses, etc., preparing for tax time. It's been a big year for donations, thanks to the election, as that was one small thing I could do in response, over and over again, donate to worthy and beleaguered causes. Double sigh... 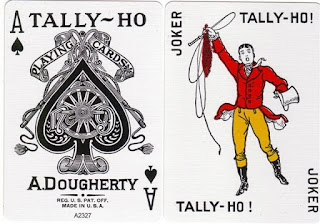 Plus, I am peeling stickers off an Advent calendar just for fun. (No chocolate is harmed in this harmless, chocolateless, alas, activity.)
Posted by Kathleen at 6:07 PM 5 comments: 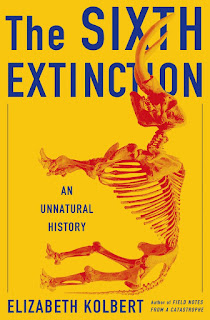 This gave me pause: "If you want to think about why humans are so dangerous to other species, you can picture a poacher in Africa carrying an AK-47 or a logger in the Amazon gripping an ax, or, better still, you can picture yourself, holding a book on your lap." Wait, what? I'm as dangerous as those other guys? Yes, according to Elizabeth Kolbert in The Sixth Extinction. Kolbert identifies this period of species endangerment and extinctions--there have been five previous extinctions--as the one caused by humans. One of the most famous extinctions was caused by the meteor that hit the earth and killed the dinosaurs. That was an outside force; the other extinctions have had internal causes associated with climate, weather, and geological change.

So I did picture myself with a book in my lap, hers! She and the scientists and naturalists she interviewed and went out into the field with agree that humans are trouble for the earth, basically starting with the industrial age but also because of our ability to use signs, symbols, language. "As soon as humans started using signs and symbols to represent the natural world, they pushed beyond the limits of that world." She quotes Michael Benton, a paleontologist,* as saying, "In many ways human language is like the genetic code. Information is stored and transmitted, with modifications, down the generations. Communication holds societies together and allows humans to escape evolution." That is, evolution, like our democracy, has some natural checks and balances. We've thrown them out of whack.

And it appears we've thrown our democracy out of whack, too. I couldn't help but make the political comparison when I got to this paragraph in The Sixth Extinction:

"The one feature these disparate events [the previous extinctions] have in common is change, and, to be more specific, rate of change. When the world changes faster than species can adapt, many fall out. This is the case whether the agent drops from the sky in a fiery streak or drives to work in a Honda. To argue that the current extinction event could be averted if people just cared more and were willing to make sacrifices is not wrong, exactly; still, it misses the point. It doesn't matter whether people care or don't care. What matters is that people change the world." 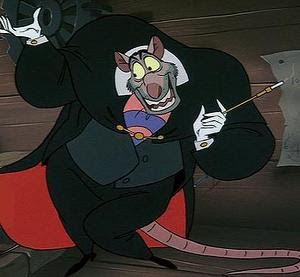 Kolbert means that, no matter what we do, we do change the world. If we step outside of our place in nature, or in evolution, we can (and did) screw things up, endangering many species, including ourselves. What I see in the current political context is that some people could not handle the rapid rate of change and feared extinction of the status quo, an old way of life, with them at the top. They feared there weren't enough resources if we shared them--power, freedoms, security, jobs, human rights. Alas! I did love this book, which was published in 2014, from the woolly mammoths to the giant rats that may inherit the earth. In 2016, it is even more frightening to consider.*** 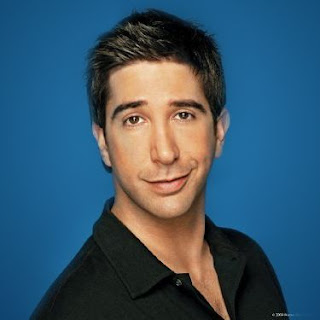 Now, the weirdness of memory: I kept thinking I had seen Elizabeth Kolbert on the Colbert Report talking about her book, and that she was Stephen Colbert's sister. But why, then, did she spell her last name with a "K"? Evidently, I had remembered seeing her, as Wikipedia reminds me, on The Daily Show with Jon Stewart, way back in 2014. The Elizabeth Colbert I was remembering as Stephen's sister with the one from Clemson, who ran for office in South Carolina, way back in 2013, Elizabeth Colbert-Busch. My brain is losing some cells and twisting the other ones together.** Sigh....

What matters now is that people change the world.