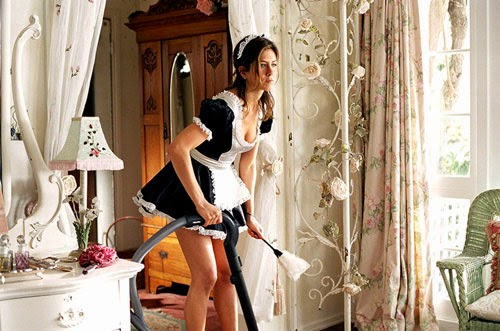 Though it's a Slattern Day in the blog, I was not a slattern. I tidied up all day! Plus, I did editing work. What the hey? I loved the sunshine, though the temps stayed so low I had to stay inside, tidying up! I dusted my office! I took paperwork down to the basement, where it will languish. I did lots of laundry and cleaned 2 bathrooms. I did not vacuum, but, clearly Jennifer Anniston did. (OK, the Christmas tree is still up. I'm that much of a slattern, at least. Once the temperature is consistently, convincingly above freezing for an extended period, I will take it and its glass icicles and crocheted snowflakes down.) Yesterday must have been Reject-Your-Chapbook day, as I got two chapbook rejections. I am cheered by the news that the Sundress Blog will feature my chapbook Interior Sculpture in the Best Dressed section of their Wardrobe in May! By then, stuff will be blooming! And I might be wearing a sundress!
Posted by Kathleen at 9:12 PM 2 comments:

A Spool of Blue 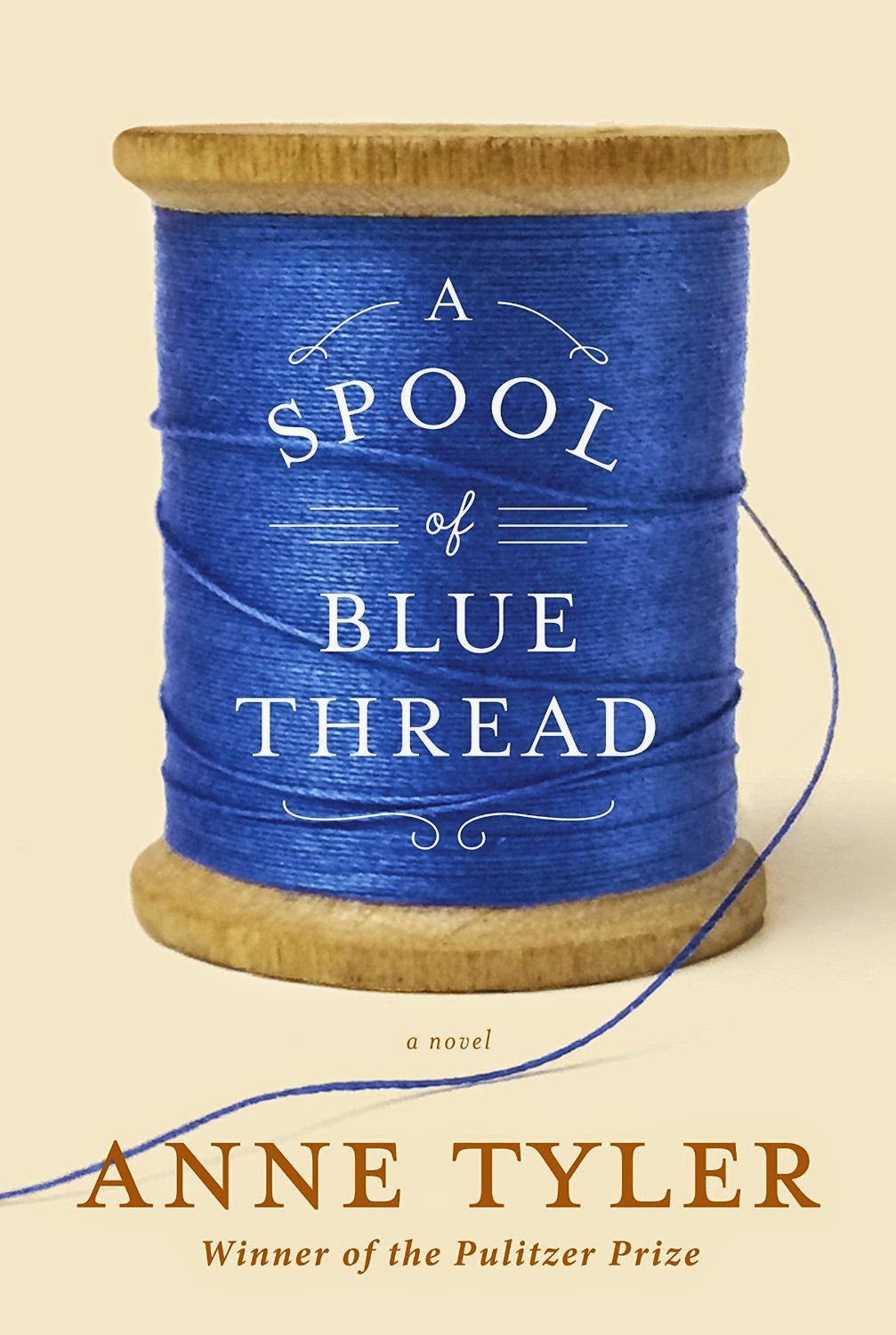 I am reading A Spool of Blue Thread, by Anne Tyler, and I have to finish in seven days, because it is a 7-Day Book at the library! So I fear my head is going to be full of Anne Tyler instead of Virginia Woolf or Mrs. Dalloway by the time my book group meets. In the meantime I did read The Hours, by Michael Cunningham, which made wonderful sense after Mrs. Dalloway and since I have seen the movie, The Hours, based on the book...that is based on the other book.

Yes, my brain is like a spool of blue thread. 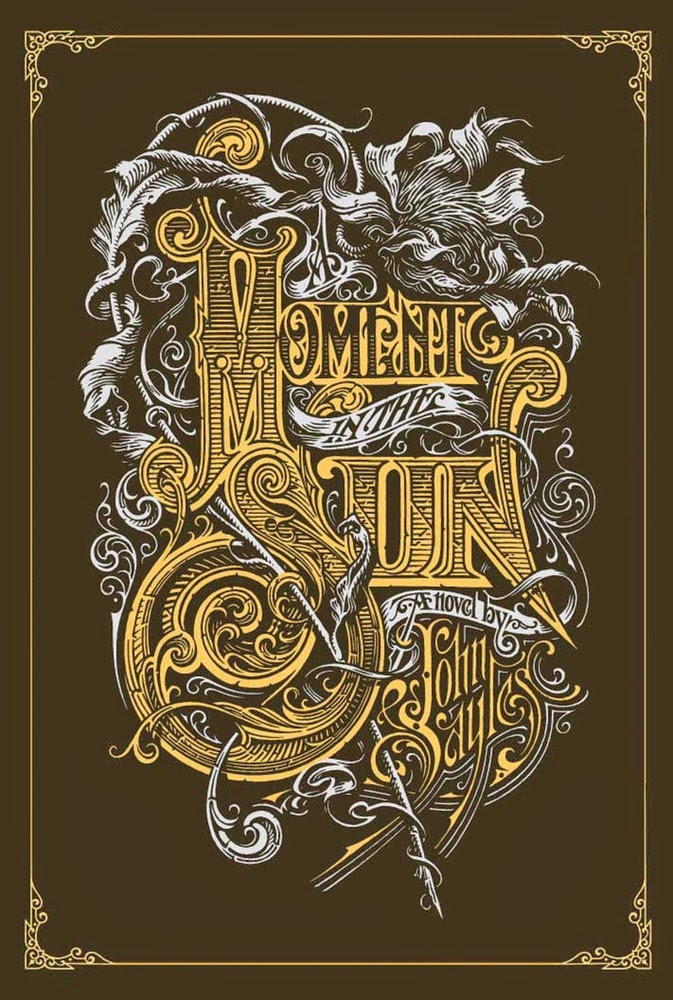 Now I would also like to read A Moment in the Sun by John Sayles, as I heard him read from it yesterday, a vivid chapter about Cuban battles in the Spanish American War. Tonight I'll see his movie, Amigo, set during the Philippine-American War. Sayles sure knows a lot of history! And I do love getting my history through books and movies. A Moment in the Sun is about American racism and American imperialism and their intersection at a particular moment in our history. The title comes from W.E.B. Dubois: "The slave went free, stood a brief moment in the sun, then moved back into slavery." The book shows how.
Posted by Kathleen at 6:17 PM 1 comment: 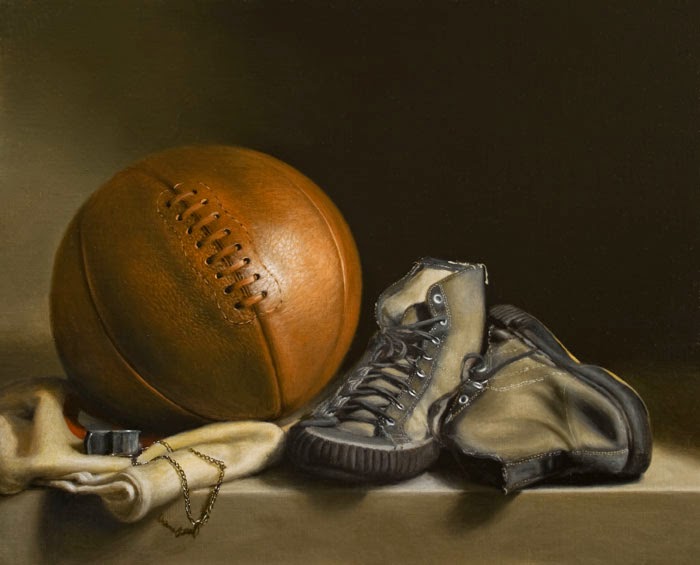 March Madness continues in the world of basketball and will soon give way to the April Madness that is National Poetry Month, with many poets writing a poem a day, on their own, in groups or workshops, or for certain publications and blogs. There's a March Madness post over at Escape Into Life today, by Art of Sports columnist Mark Lewis, about Randy Kindred, local sports writer with a national reputation, and H.V. Porter, who coined the term "March Madness." And poet Sarah J. Sloat is gearing up for another found poetry project for National Poetry Month by re-visiting her poem, "Dear Goatee" in her blog, the rain in my purse. 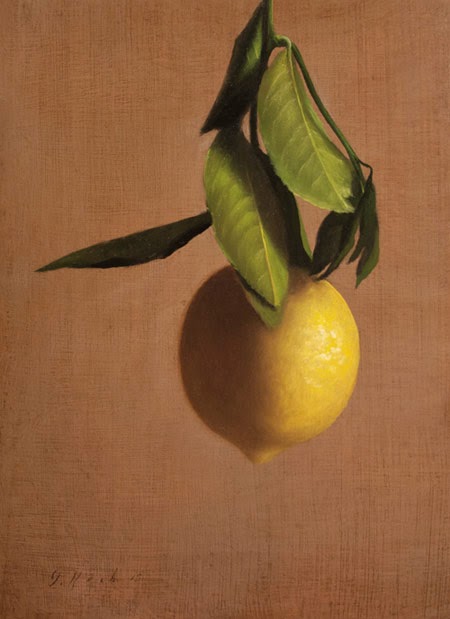 It snowed in Chicago.

I could complain but, instead, I'm happy simply to gaze at Meyer Lemon No. 2, 8x10, 2015, by Jonathan Koch, precipitating there at the right. Soon it shall be lemonade season.
Posted by Kathleen at 3:29 PM No comments:

Yes, I am meeting myself on the corner of Busy and Busy these days! But I finally got to visit the Busy Corner diner in Goodfield, Illinois this week, coming home from the 7th grade state volleyball tournament in East Peoria. And I got to have pie!

Door County Cherry cream pie! As you can see, I am still thinking about it.

While I was busy, a new issue of Blue Fifth Review appeared, and I've got a poem in it, based on Joseph Cornell, particularly a work of his sometimes known as "Sure Cure for that Tired Feeling." 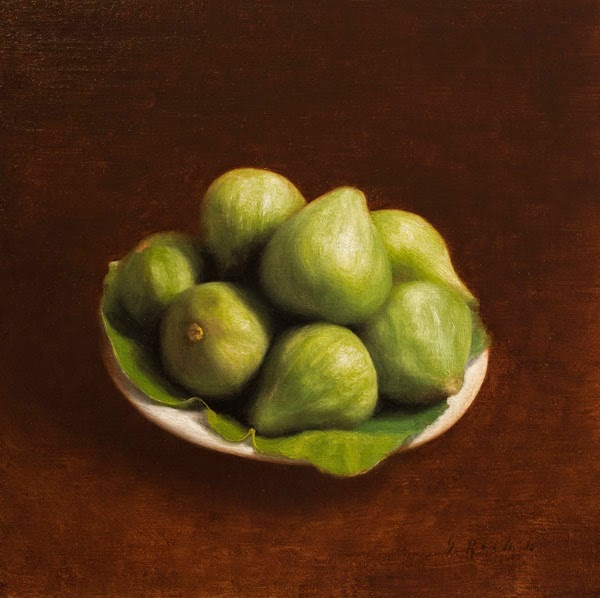 Pie is a sure cure for that tired feeling.

And here are some White Genoa Figs on a Plate, by Jonathan Koch. That could do, too!
Posted by Kathleen at 10:09 PM 4 comments:

Things That Start With "P" 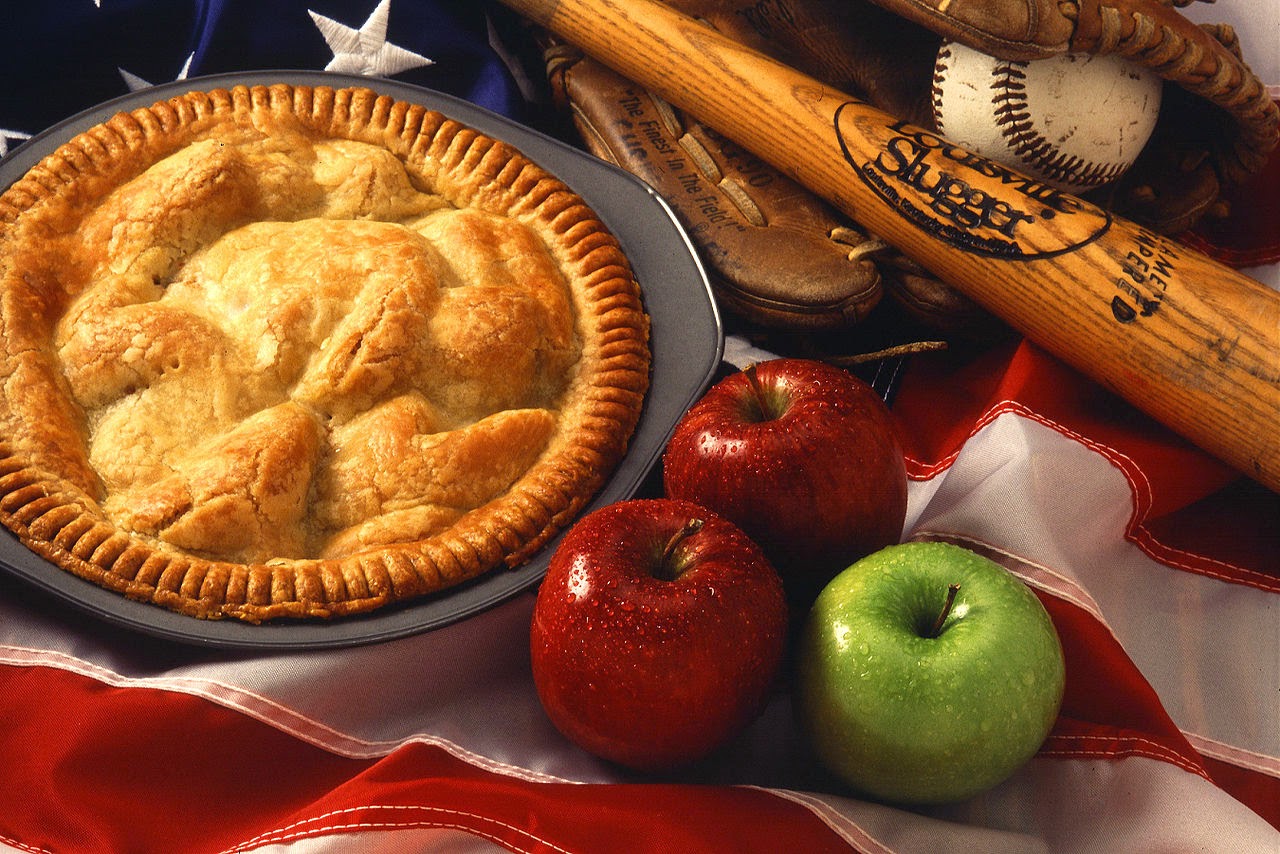 Probably I need to clean my house, but fortunately it's a Slattern Day in the blog, and one devoted to "things that start with 'P'" as it says above. It's Pi Day, for instance, 3/14/15, and I'm celebrating with a public domain photo of apple pie and baseball stuff on an American flag, distributed by the United States Department of Agriculture.

I was in Springfield to judge the state poetry recitation competition for Poetry Out Loud, a wonderful program supported and administered by the National Endowment for the Arts, the Poetry Foundation in Chicago, and the state and local arts agencies that help set up Poetry Out Loud in schools and communities. 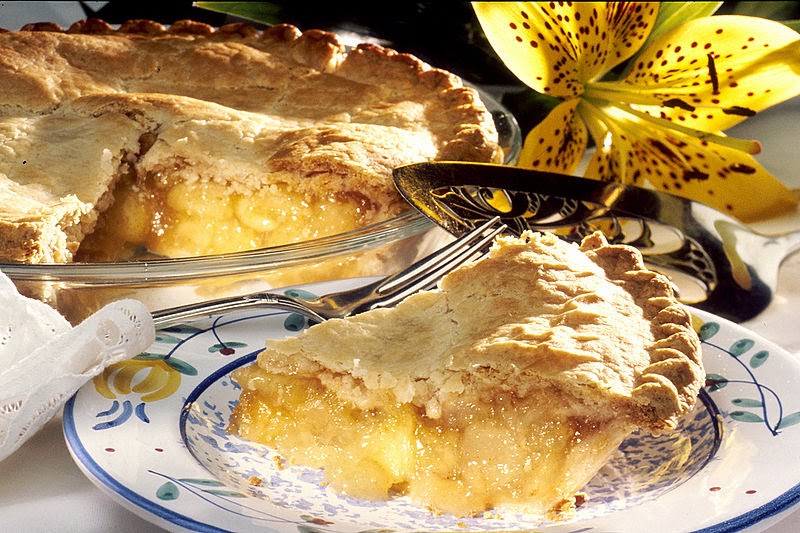 What a joy and what an honor, and what talent and dedication from the students. They each prepare 3 poems--at least one from before the 20th century--and have to be ready to recite any one of them in Round 1, Round 2, or Round 3 (the final round, now reduced to 5 finalists). The poems are provided in an online and print anthology available to all. I was so impressed with the students, the program, and the fabulous organization of the state competition. Gorgeous poems, beautifully spoken. 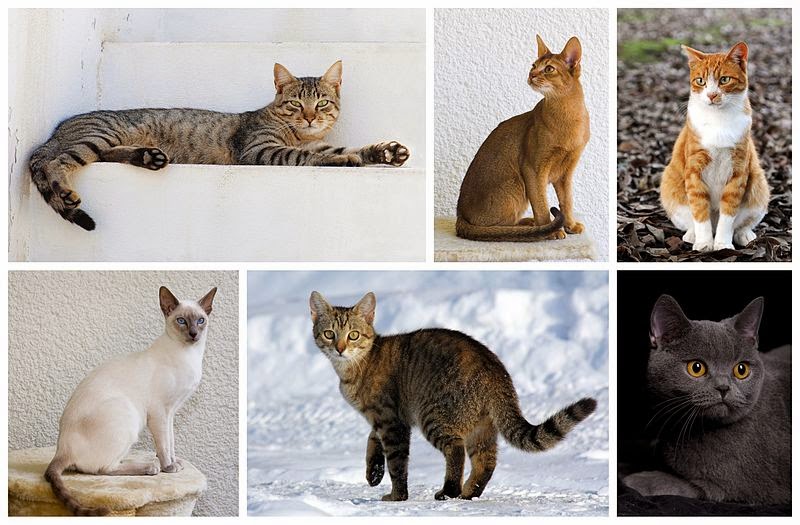 Spring coming and being busy has left me a bit scatterbrained of late. It's dark again in the early morning when I rise. It's warm enough to take a walk on the trail. I've written a new poem that can sit a while. And today I invite you to read some gorgeous poems by Karen Craigo at Escape Into Life, accompanied by some gorgeous photos by Sabina Tabakovic. And this is a cat montage from Wikipedia, in honor of le chat in Craigo's first poem, "La Maison Francaise." Today I did yoga at noon at work (as promised) and one of us fell asleep (not me), a little cat nap!
Posted by Kathleen at 3:55 PM 1 comment: 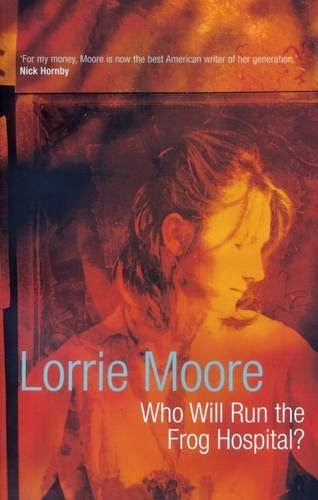 As I've said before, I love Lorrie Moore. She gets me. She's never met me, so what I mean is, I get her. I get her humor, her song references, her use of the word "schweetie" as a term of endearment. On a recent business trip, I reread Who Will Run the Frog Hospital? which I liked even better this time around, no doubt because I am older on this second read--not an aspiring short story writer in my thirties but more of "[a] disillusioned, middle-aged woman," as in the opening sentence of this book review from Publishers Weekly. So I get the whole looking-back-on-one's-childhood thing, seeing it all differently. Wanting to be kinder, understanding one's limits, and others' generosity.

Here's what leapt out at me this time, a young girl's insight after being sent off to summer camp because she did something wrong (in an effort to do something loving), as she tries to answer her mom's question about what she learned: 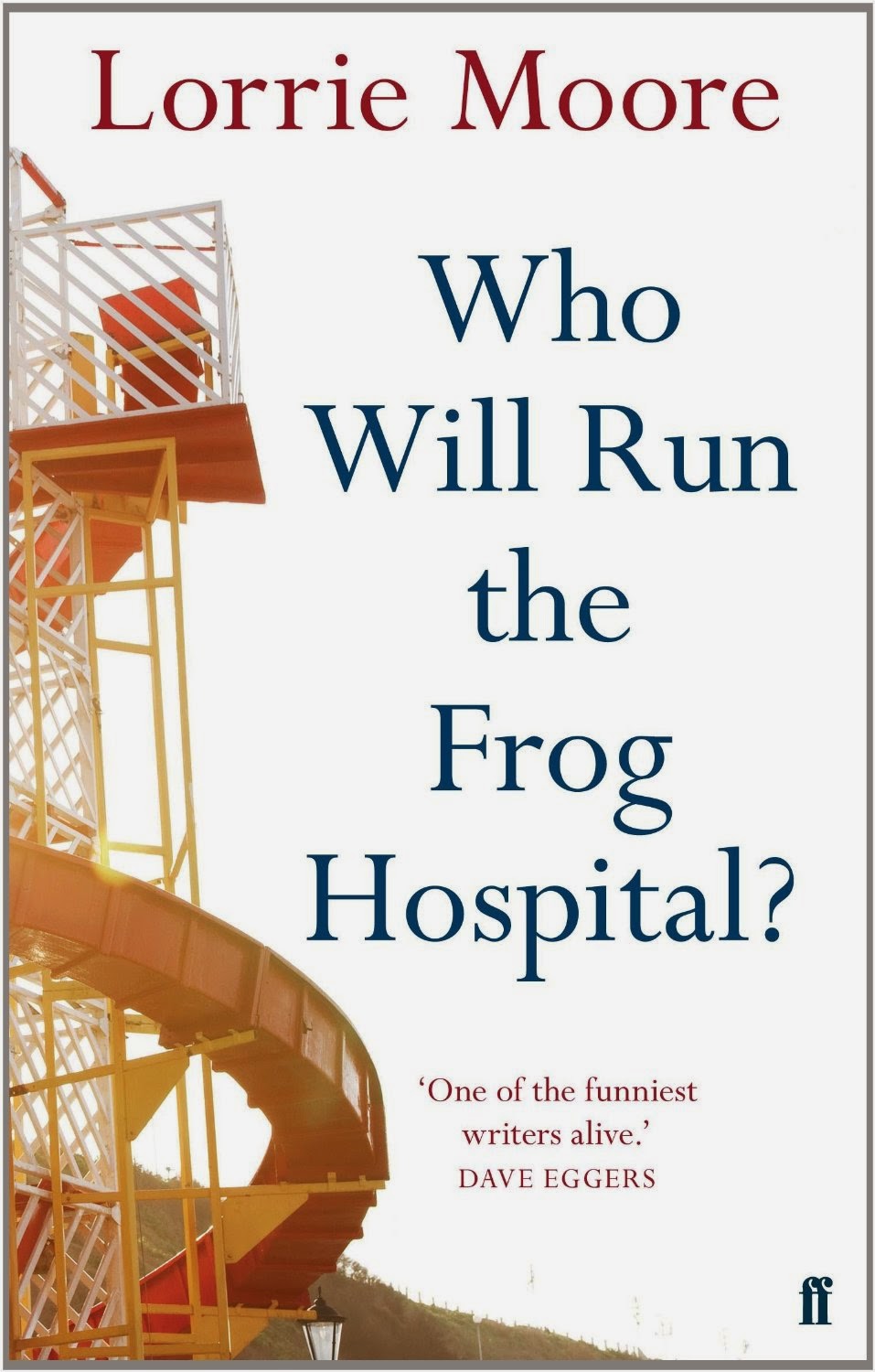 This paragraph goes on, but here I gasped at the connection to The Gift, by Lewis Hyde, which I'd also been re-reading recently, all about the "gift economy." (Here's a bit of conversation about The Gift at Escape Into Life.) How many times will I have to learn this, I wonder?

"But that was living as a Christian--a practical Christian, but a Christian nonetheless," continues Berie in her mind, trying to find the words to answer her mom. "This, I realized, my parents already understood. Though it was probably not what they'd hoped I'd learn. 'I learned that God is eternal benevolence,' I said finally, a little breathlessly." 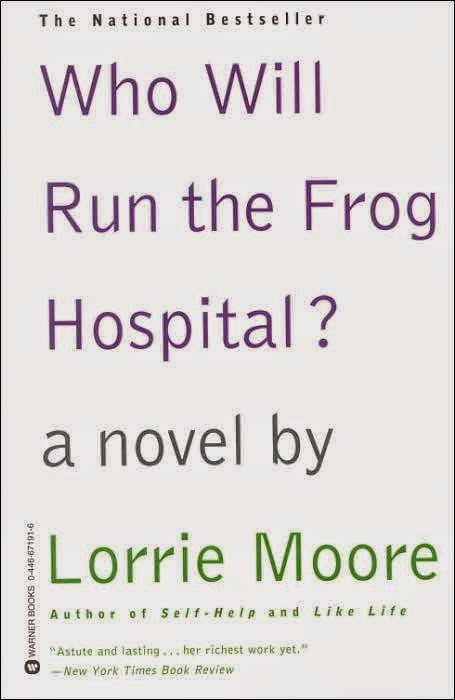 Speaking of book reviews, and of Escape Into Life, there are a couple new ones up--a review by Seana Graham of An Experiment in Love, by Hilary Mantel, a slimmer volume than Wolf Hall, and a review by me of The Robot Scientist's Daughter, by Jeannine Hall Gailey, about the Manhattan project and its scary effects on the environment and human health. In a Random Coinciday kind of way, I can see how the Moore and the Mantel books connect, both about childhood friendships. 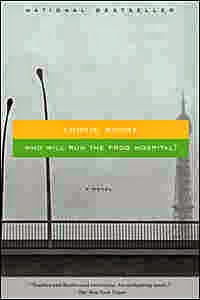 Speaking of nuclear fallout, who will run the frog hospital?! And speaking of being an aspiring short story writer, I had a bit of good news about my fiction--I'm a semi-finalist in the Press 53 Award for Short Fiction competition, a nice surprise. As "a disillusioned, middle-aged woman" with a Lorrie Moorian sense of humor, I've learned to celebrate my nominations and my semi-finalist status instead of waiting around to win. Don't worry, schweetie, I'm fine!
Posted by Kathleen at 9:43 PM 7 comments: 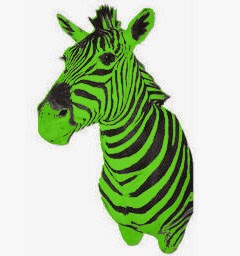 A green zebra is a kind of tomato and a vegetarian restaurant in Chicago. I was out of town this weekend--EIL business + pleasure--and it was all about food, something I celebrate on this "Fat Tuesday" in the blog, also a delayed-start ice day at work. I had a toasted sesame something-or-other at Green Zebra--the menu changes--and a fantastic soup with celery in it. 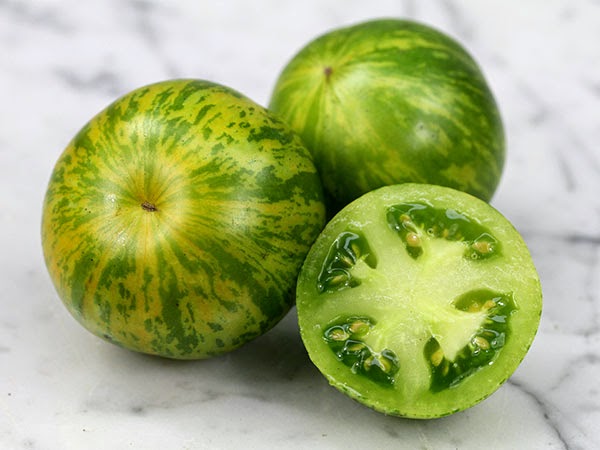 Later, meeting with EIL poet Yvonne Zipter before heading home on the train, I had a Scorpion Burger at Native Foods Cafe, made with neither scorpions nor "burger," in the usual sense, but rather with tempeh, red onions, and red tomatoes. You can get green zebra tomatoes here, once they are back in stock. 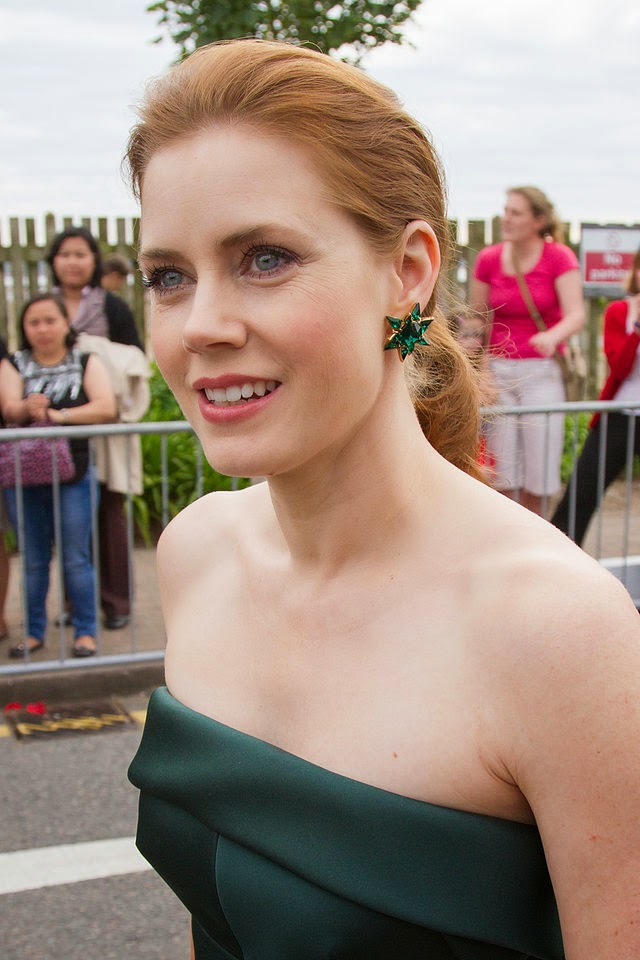 So, yes, it looks like I am a vegetarian. However, the weekend also contained beef bourguignon, the famously difficult recipe from Julia Child's book Mastering the Art of French Cooking, made famous again in the blog project and memoir by Julie Powell and the film based on that, Julie & Julia, by Nora Ephron. Oddly enough, I found myself exclaiming over the weekend, "I love Amy Adams!" recalling, not this film but Enchanted. (Clearly, it's also a Random Coinciday in the blog.) (As well as a test-the-tornado-siren day in my town.) Now I'm hungry, as it's a late-start breakfast day...

Ah, and now I'm recovering from an unexpected shutdown, no doubt ice on the wires. So, bye bye for now! (But how about those green sparkly earrings?!)
Posted by Kathleen at 10:35 AM 3 comments: