Postcards to the World 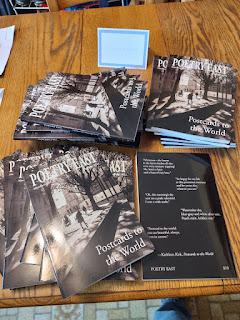 I have a new chapbook out, inside the current issue of Poetry East! I found many copies packed in a box on my doorstep yesterday when I got home from an afternoon rehearsal. It had rained all morning, and I was canvassing for a county board candidate in the rain, but the sun had come out, and there was a lovely breeze, and the day was gorgeous. A lovely surprise then to find my Postcards to the World delivered! This is an assemblage of my chalkboard poems, literally written in chalk on a green chalkboard and posted on Instagram and Facebook at various times for comfort, commiseration, or cheer during the pandemic. Richard Jones, poet and editor, after enjoying my tiny poems over time, approached me about publishing them all together in Poetry East, where he, too, was seeking comfort and cheer. The last issue was "The Optimist," a rare thing these days, right? Sigh...

I did need some joy, that's for sure. Rough, dark days lately in the USA, with more trouble to come, but also much hope. The January 6 hearings are laying out the facts about the insurrection. Biden signed the bipartisan gun bill into law. The range of responses to the overturning of Roe v. Wade show where we are and some paths forward. As several have said, we need to vote--here in Illinois on Tuesday, in a primary, and again on November 8, for people who will preserve democracy, not tear it down.

In the morning, passing through the Farmer's Market on the way to the Democratic Party headquarters, to pick up canvassing materials, I ran into two high school pals, here for an informal "Medicare Reunion." I am aware that they are probably not Democrats, and I was wearing my Democrats shirt. I'm sure they all had fun being (sort of) old and (mostly) Republican together! I've see the pictures on Facebook! Yay! I also felt (acutely) old later in the day, attending the 50th anniversary of high school summer theatre in the area, as I was in the very first season, as Marian the Librarian in The Music Man! The Mayor was there, various alums, and the cast of the current high school summer theatre production of Grease, cancelled for that night due to thunderstorms on the radar (which came at 9:11, as I was driving home from yet another meeting--what a busy day!), but the anniversary picnic event went off without a hitch, with unexpected but very pleasant bagpipes in the background, underscoring the theme of odd ambient soundtracks when you do outdoor theatre. 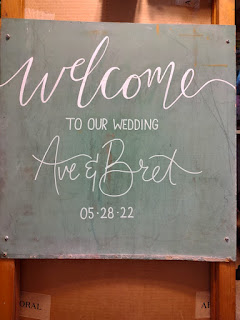 I'm delighted by the appearance of the chapbook in this form, as I never want to erase what's currently on the green chalkboard, the "welcome to our wedding" message drawn by Natalie, maid of honor and graphic artist, and set up at the "entrance" to the outdoor ceremony at my daughter's wedding in May. That arbor is still up, by the way, and still adorned with garlands from this box in the background (like bagpipes) against which the chalkboard is currently propped. Someday, maybe, we'll take it down. Or maybe something else lovely will happen there.
Posted by Kathleen at 8:54 AM 1 comment: 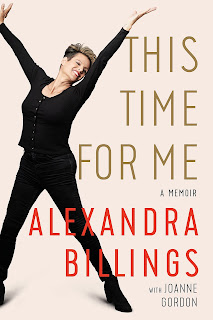 It appears I've taken some "down time" from the blog, but I realize writing blog entries was often a kind of "down time" from other things I was doing! I guess I got a little too busy over the last month, getting my daughter married (yay! in my parents' back yard, at an arbor built by my husband, with bridal and bridesmaids' bouquets made by me!) and taking care of my parents' various health issues. Sigh...

But all is well, and, as usual, I have been reading, my other kind of down time. I read This Time for Me, a memoir by Alexandra Billings, a performer I had seen in Chicago. You may know her from the series Transparent. What an interesting woman! And, in the Random Coincidays of my life, I read a time travel novel, This Time Tomorrow, by Emma Straub, that was sort of a cross between Groundhog Day and About Time. 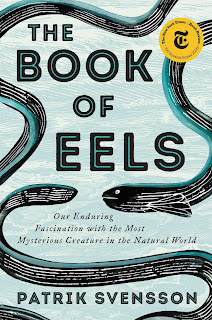 I read a book of poems, book of short stories, and finally finished a novel that had sat on my coffee table with a bookmark halfway through it for maybe...a year? It was finally the right time to finish it. But my favorite reading lately has been The Book of Eels, nonfiction about...yes, eels. Fascinating creatures, about which we finally know a few things, but which remain mysterious. They are all born in the Sargasso Sea and then swim/drift elsewhere. 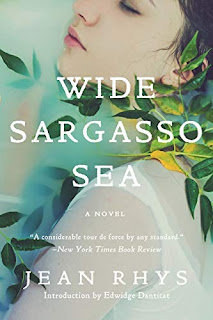 I have also been writing--a variety of things, including a script I got to see performed last night at the History Makers Gala, honoring 4 wonderful people in our community! My poetry feels on standby, but I do remember writing some, sending some out,* and storing some in the weird, dusty drawers of my mind. Sometimes, when I am waiting for something to come out**, everything feels on hold for a while. I just checked the mail. It isn't here yet, but it's still very, very hot out there. The poor mail carrier! And I do fondly remember Wide Sargasso Sea, by Jean Rhys, included on this Random Coinciday, you know why!

*so far, only rejections...but nice ones!

Posted by Kathleen at 3:47 PM No comments: