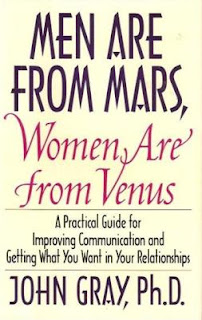 I have been observing the moon this week and will gaze up again tonight, but did not go out in the early morning today to try to glimpse the super blue blood moon in its full (but locally cloud covered) glory. I did, however, imagine a blue blood moon for this poem, "Blue Blood Moon," published in Stirring in December of 2011. The last super blue blood moon was November 30/December 1, 1982, and I probably noticed it but without all the hype way back then. The poem's blue blood moon is milder, not super, and apparently connected to the speaker's mood. So that's a random coincidence for a Random Coinciday in the blog.

Nancy Heather Brown, a retired public television producer who now writes for Escape Into Life, wrote about women's rights and the state of the union as she sees it, among many other related things, for instance, "[p]atriarchy at is worst," in this piece, "Life in the Box: Venus Marches On." Summing up the 20th-century book, Men are from Mars, Women are from Venus, she said:

One of my main take-aways from that book is that men tend toward hierarchical relationships—where people are one-up or one-down from each other. And women tend to believe everyone’s equal. 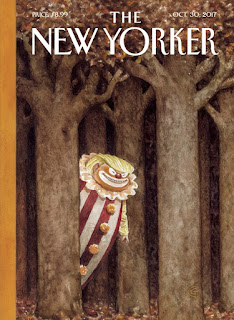 My other reading this week included various articles and stories in old New Yorker magazines that now need to be recycled. I was taken by a piece on the artist Laura Owens, who, the New Yorker writer Peter Schjeldahl tells has had "a keen interest in whatever her peers were up to, eschewing competitiveness." That makes sense to me, and I take a keen interest in what my poet peers are up to, and my fellow theatre artists, because mutual support is important to me, and we can inspire and motivate each other without needing to be rivals. Imagine my delight to see Laura Owens quoted as saying, "It's debilitating to think that this person is above me and this person is below me. I want to be in a conversation with someone." And it would be a conversation of equals, evidently, and Owens seems to be a Venus, and Nancy Heather Brown might also enjoy this Random Coinciday in the blog.
Posted by Kathleen at 3:21 PM