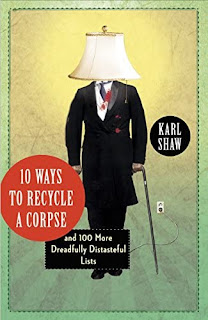 There's a yellow butterfly in the house. It blew in on the big wind a few warm days ago, when various doors were open, and is now alive among the houseplants and plants I brought in from the patio back when frost was predicted. It went down to the twenties last night, and we had a real first snow yesterday. Or first tiny iceball fall. It stuck a while, though not in flake form, and is gone in today's sunshine.

I have been tidying again, and now have 5 empty shoeboxes to re-purpose. More shoes I had forgotten are now visible on the rack, and beloved shoes I wore out but was keeping...are gone. As are pants I wore till the seams were giving. And unraveling sweaters. During the process, I did a little decorating and re-organizing of the holiday closet and re-arranging of the wedding garlands, some of which now festoon the glass patio doors, where the yellow butterfly hovers between real and fake greenery. Pale pink appleblossom impatiens are still blooming in a pot that once hung from the eaves, now from a curtain rod. 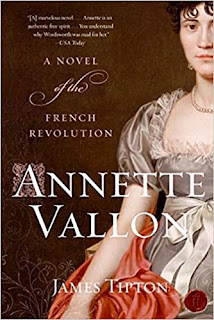 I finished some books in progress so I could 1) put them away on bookshelves 2) pass one along to my book group. We are reading Annette Vallon, by James Tipton, about a real woman who helped resist the awful violence of (and after) the French Revolution. She was the lover of poet William Wordsworth, and the mother of his child, Caroline! I don't think I knew that, and the author in his notes explains how England protected the reputation of their great poet, and Wordsworth "hid" her in his writings, as poets often do, but clearly loved her and cared about his child! We chose it from the library display table for The Revolutionists, by Lauren Gunderson, now playing at Heartland Theatre. Funny, moving, devastating play!

Poetry submissions continue, but my record-keeping process has changed due to printer (or printer cartridge?) problems. It's probably best that I use less paper and ink, but I am so technology challenged, I dread relying on electronic tracking. So I still write things down, now on empty folders, recycled from teaching days. And that, along with 10 Ways to Recycle a Corpse, by Karl Shaw, which I found on the bookshelf in the middle of a sleepless night, and which had some icky violence by tryants in it, makes it a Random Coinciday as well as a Poetry Someday in the blog!