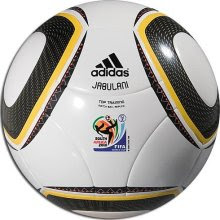 First, a short knotted string of coincidences: Sarah Jane reports in a comment that she is reading a collection of essays, edited by Harold Bloom, on Jude the Obscure, the last novel by Thomas Hardy. After that, and the reception of scandalized critics, he wrote only poetry and drama, much of which I just riffled through when a Library of America edition of his works passed through my hands at Babbitt's Books.

Co-worker Jo, a Hardy scholar, and a reader of mysteries, just finished "a police procedural" (a term I wasn't aware of till she spoke it, apparently a kind of mystery focused on what the police do to solve it) by Peter Turnbull and is taking up The Man from Beijing, by Henning Mankell, a mystery set in Sweden and Beijing, among other places.

Jude was a social outcast with thwarted dreams of being a scholar,working as a mason instead. (I am tempted to mention the tomes of "secret" Masonic literature we continue to receive at Babbitt's. Which reminds me, inevitably, of Peggy Sue Got Married, immediately lifting the mood to silliness.) And very soon, I will embark on another close reading of The Scarlet Letter, and spend some time Hester the seamstress, another social outcast.

But for now, I'll say that I have finished the "Tale for Two Cities" selection for my twin cities: Outcasts United: An American Town, a Refugee Team, and One Woman's Quest to Make a Difference, by Warren St. John, and look forward to hearing the author speak on April 12 at the fabulous new hotel and conference center in our little town. (This hotel will allow more academic conferences to take place here, where we have two universities.)

The young soccer players in this book are "social outcasts" in America only because they are outwardly different from their neighbors in small-town Georgia, having been cast out from various homelands for various reasons, often experiencing terrible trauma and violence. But soccer gives them a home and a team and a way to bond with others and, eventually, with the larger community.

This is more than a "feel good" story, even if the eventual movie might make it into that, and one certainly does not feel good reading about what has happened to these families before they got to Georgia, nor what they often encountered here. It is a fine and balanced account, resulting from "immersion" journalism (like the "participant observer" journalism of Truman Capote for In Cold Blood, but producing true non-fiction, not Capote's hybrid novel, which my husband is reading right now.)

Having mentioned Rick Bragg and his plagiarism woes earlier in this blog, I was struck by St. John's meticulous and abundant acknowledgements at the back of this paperback edition of the book, and this sentence in particular: "Times bylines usually carry only one or two names, a convention that hardly does justice to the true tally of people who contribute to each story." St. John's true tally is impressive, and he credits all those who helped with articles on The Fugees soccer team published in the New York Times as well as all those who helped with the book emerging from his immersion reporting.

"Reporters, it might be said, scour for facts in the hope of uncovering truths, and while the former may make the page, the latter take root in the mind and heart." St. John then deeply and sweetly thanks the players and families who have clearly taken root in his mind and heart. I was also thinking here of how his objective reporting of the facts allowed me uncover possible truths between the lines, and also to accept a number of complexities and ambiguities that simply can't be easily reported or resolved. They exist.
Posted by Kathleen at 6:25 AM

And one final coincidence. Last night I took my daughter to Rue 21 for some affordable on sale skirts for school and a dance concert event coming up, and fingered some costume jewelry--earrings in the shape of the Eiffel Tower, to which I was inexplicably attracted.

Today I learn from the Writer's Almanac that the Eiffel Tower was inaugurated on this day in 1889.

I should have bought the darn earrings.

Go back and get the earrings today Then come over and see Sierra's pipe-cleaner Eiffel tower.

Yes, go back and buy those earrings! Every now & then, one must yield to these inexplicable attractions...

I am a slow thinker, so am just now ready to respond to the recent blogs on synchronicity. I was reading a book about dreams recently in which the author suggests that psychic dreams borrow images from the future in the same way dreams borrow images from our recent pasts. If time is indeed nonlinear then that seems very reasonable If this happens in dreams we don't remember explicitly, it could explain some of those events which we call deja vu or synchronicity. I am thinking in particular of your "way too freaky coincidence" of finding the book on Tesla and the book on Houdini in a pile together the same day you wrote about them earlier.

After reading the section on psychic dreaming I, too, came to Babbitt's seeking another book on dreams which you did not have. But I found another book on dreams that I bought (and have not read yet) and later the same day I went to the library. I saw a book about kindness called Stone Soup for the World: Life-changing Stories of Everyday Heroes which I did not check out, but the title stuck with me because of your blog post called Stone Soup. I did check out some other books including another book about dreams called Healing Dreams. A few minutes ago I was reading this book and came to a section in chapter one entitled none other than "Stone Soup."

And of course there is the famous children's book, Stone Soup!

Soon the curlicews of our brains will become entangled and we will realize we are one great organism that has already been:

And the saga continues, as I was reading the section in Healing Dreams called Stone Soup, the author tells of a woman who had a dream about stone soup but was unaware of the children's story. The woman later goes to the library looking for the children's book and finds instead the very same book I mentioned above, Stone Soup for the World. She checks it out, reads it, and it changes her life.

I think I'd better go to the library and get that book, too!?

And while you are there, you will notice that all those copies of Outcasts United have been checked out!

And here is a stone-soupy thing from Warren St. John's Epilogue, which I had intended to quote earlier, before my brain exploded. He is quoting Tracy Ediger, team manager, who drove the bus and helped the coach, Luma Mufleh, in all sorts of ways:

"Luma is really a normal person doing what she can for the people around her. If people can look at her and see that, that she's human, not a saint or a super-hero, and that she doesn't--can't--do everything or effect miracles, then maybe they can say to themselves, 'I need to look around myself and see my neighborhood, and what is going on here and five streets over, and what I can do terms of investing myself and my time, to be present for the people around me, and to do something positive for change in my community.'

"No one person can do everything," she said. "But we can all do something."

And that, my dear, is stone soup.