What I Meant to Write Yesterday 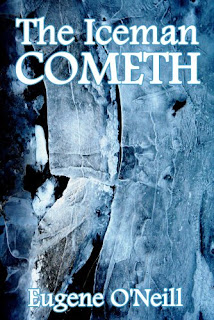 A clipping* from a Hilton Als review in The New Yorker has been sitting on my computer desk for a long time. It’s a theatre review titled “Frozen” about a revival of The Iceman Cometh by Eugene O’Neill. It’s from the May 7, 2018 issue, but it hasn’t been sitting by my desk that long—only since my mom passed several issues along to me to read before recycling. I was struck by Als’s reverence for one young actor’s fine acting.

Als describes the kind of acting I like to see, I hope do, and, when I teach or direct, try to encourage or inspire…or at least explain. Sometimes I try to describe it via difference, or, to put it in a dramatic conflict form, as Acting vs Performing. Some actors are mainly performers—maybe with great skill and panache—but still “acting,” not acting, still performing. They may prefer performing to acting, it may feel more fun and/or more secure; it may seem to get them more jobs, since it’s a way of calling attention to themselves, and sometimes audiences don’t really see the difference. But many audience members do, and some directors do, and other actors, and critics like this one. Here, praising Austin Butler, Hilton Als beautifully explains the acting vs performing thing:

Most performers want to be seen at any cost, but actors—at least those as good as Butler—are both determined and relaxed in their ambition to do justice to the playwright’s text while contributing to the life of the story. Butler, making his Broadway debut... illustrates, the moment he takes the stage, the difference between the two. …[H]e conveys, through economy of movement and facial expression, what many of his cast-mates try to show by shouting and grandstanding: his character’s inner life. 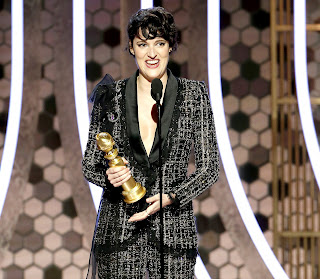 I loved the little moment during the Golden Globes last night when Fleabag writer and actor Phoebe Waller-Bridge made fun of herself while praising her director even though she was the writer and thought a scene was meant to go a certain way. How lovely that she could try a little harder and see another way of making it work!

Here is Hilton Als again on the issue, still in the context of The Iceman Cometh:

It’s always a pity when an actor cynically sticks to what he knows will work and leaves it at that. It’s an ungenerous impulse not to try harder than one has to, and it pinches the spectator’s heart. But Butler is the opposite of cynical. He wants to do right by O’Neill, his director, and his fellow-players. And, no matter how much they bray around him, he stands his ground, reacting to what may be pure in them, as performers, with his own purity, the wellspring of his work, which is that of a potentially great artist.

*And now I can recycle the clipping!