Waiting for Godot on Groundhog's Day 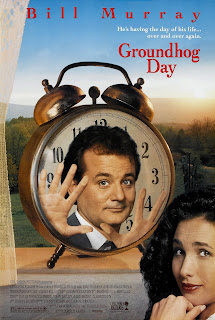 Can you imagine that? Waiting for Godot, forever, over and over again, on Groundhog's Day, the way Bill Murray has to repeat his day until he gets it right? Hey, has Bill Murray ever done the play Waiting for Godot? I do not know and don't have time to Google it before church, on Candlemas Day, which, according to this CNN article, is the origin of Groundhog's Day! The article also tells us that the groundhog in Pennsylvania predicts an early spring. It's sunny here in Illinois, so I guess we get six more weeks of winter. (And I guess we'll find out whether some people would like to repeat this Super Bowl Sunday until they get it right, but then they will have to watch all those political commercials over and over...) 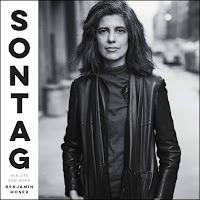 OK, what I wanted to tell you was how, once again, I am reading a book at exactly the right time. This week I will go see Waiting for Godot at Heartland Theatre, and this morning, in Sontag, I am reading about Waiting for Godot in Sarajevo. Susan Sontag directed a production of Waiting for Godot, by Samuel Beckett, during terrifying wartime conditions in Sarajevo in 1993, to help bring attention to the situation, where genocide was going on--"ethnic cleansing"--and the world was ignoring it, despite the Holocaust of World War II which we were never to forget. She did wake up the world and was appreciated for it; the plaza in front of Bosnia's National Theatre was named Susan Sontag Square in her honor. And she brought Annie Leibovitz there, to take pictures for Vanity Fair, which brought even more attention to Sarajevo. Then Sontag went home and continued to be annoying. 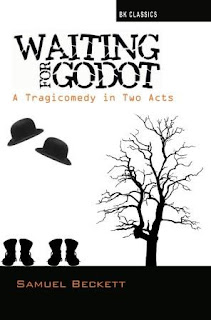 To make it a perfect Random Coinciday in the blog, my Hollywood issue of Vanity Fair has just arrived, my last issue, as any money formerly spent on renewals or subscriptions now goes to political candidates. Heads up, political candidates, all my "subscriptions" to you have also run out. But I'll be voting on March 17 and November 3, you can count on it! Which brings me back to Beckett. Or, rather, back to Benjamin Moser, author of Sontag, who says, "If a condition of the modern artist--of the modern person--is awareness that Godot will not be turning up, that does not mean that that person is not needed, cannot make some difference." That person--actor, director, reader, writer, voter--can! However invisible (see book cover) or meaningless we sometimes feel or seem.