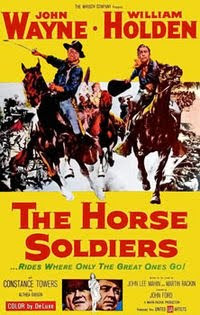 Day 69 of the "What are you reading, and why?" project. A guy from Goodfield is reading The American Years by Harold Sinclair, part of a three-volume fictional history of Bloomington, Illinois.

I love asking random people what they are reading! It led me to the discovery, yesterday, of Harold Sinclair, who lived and died mostly in Bloomington. He was born in Chicago and once had a dance band in Florida, but spent most of his life in Bloomington, worked at Sears, wrote fiction and non-fiction, and was fascinated by history, especially the Civil War. The Bloomington Public Library article on him reveals that he judged a short story contest they sponsored in 1950!
He died in 1966, around the time I moved to the area. Ah, if only he were buried in Evergreen Cemetery. Then the annual local cemetery walk could bring him back to life, as with Charles "Old Hoss" Radbourn! But he's not too far off, in Park Hill Cemetery, if you want to visit him.
The American Years, and its companion volumes, The Years of Growth and The Years of Illusion, create a fictional town, Everton, based on Bloomington, and follow it through all those title years. Everton is sort of a contraction of "Everytown."
But Sinclair is most famous for his fictional account of the Civil War in The Horse Soldiers, which was made into a film starring John Wayne and William Holden, directed by John Ford.
Harold Sinclair also wrote Journey Home, Mrs. Ives of Illinois, Music Out of Dixie, The Port of New Orleans, Westward the Tide, and other works of fiction and non-fiction, including book reviews. Some of these can be found at Babbitt's, but not now the particular copy bought by the guy from Goodfield.
Posted by Kathleen at 5:27 AM

I tried to comment and got "kicked out" for a moment, so if I'm repeating myself Kathleen will edit me before publishing, unless she's having a technical difficulty moment.

I think the books about Bloomington/Everton sound interesting. Has anyone following here read them?

Or seen the movie?