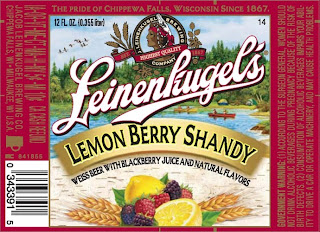 I found a six-pack of Leinenkugel’s Lemon Berry Shandy on sale for $3. I am math challenged, but I am pretty sure that’s 50 cents a beer. I am drinking one. This is part of the current cheering-myself-up project. Yes, it’s a Blue Monday.

So far it is working:

1) The sun came out. I did not know drinking beer could do that!

2) Mardi Gras is tomorrow. Yes, beer drinking causes linear time. Blue Monday will be followed by Fat Tuesday, not only in the blog but in the religious/drinking calendar of many people.

3) I solved my printer cartridge problem. Shandy, you’re sure dandy!

4) The Pope resigned. I think I know what he’s giving up for Lent, and it’s not shandy!

Really,* I know beer did not cause any of these things to happen. But sometimes I find life a tad confusing and technology more than a tad. For instance, yesterday, my poems were looking weak, very weak, when I printed them out. I’m talking ink here, not artistry or meaning or craft, because, you know, that would be devastating and require another beer. 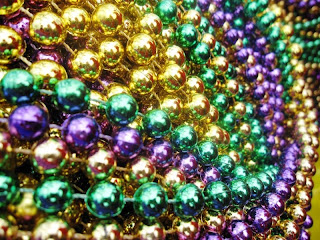 So I changed the black inkjet printer cartridge. No help. The poems looked just as faint as before. Must be a dud cartridge, I thought, resorting to logic.**  So I tried again—opened another box, tried another brand (as in Office Depot brand) new (as in recycled reconstructed) printer cartridge, just like before. I know someone will say that doing the same thing and expecting a different result is the definition of insanity, but that is not supposed to apply to printer cartridges you just took out of the box. Am I right?

(See logic, above. And crippling self doubt, below.)

**True, it might have been quantum physics rearranging reality via crippling self doubt. 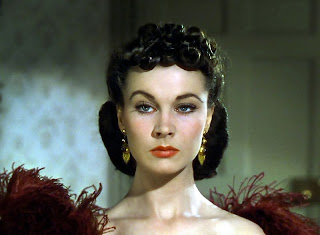 Anyhoo, I have learned from experience (and Scarlett O'Hara) to set any technology problems aside for a day and to solve them the next morning. [Pause to explain that I did not have beer for breakfast. We are in a flashback back-story part of this blog narrative.] [Also, I know full well that Scarlett O'Hara did not avail herself of printer cartridges, recycled or not. But on with my shandy tale!]

So today, Blue Monday, I took all of my old and new printer cartridges back to Office Depot to recycle them and get some new ones, with the wacko color printouts proving the absence or weakness of colors in the cartridges, and the great guy there was very honest and said the reconstructed cartridges only work 50% of the time and to stick with the brand name cartridges, here meaning Hewlett Packard.

So I did. This would have been pretty annoying except for the joy of 1) honesty in commerce and 2) full refund applied to the new purchase!

I celebrated with a) very strong, dark poems b) very light, refreshing citrus and berry beer!
Posted by Kathleen at 5:00 PM

I have learned the hard way to always check all my printer settings so I don't print (1) airline etickets on expensive glossy photo paper, and (2) so I don't use the "fast print" or "grayscale" functions. Fifty cent beer is good.

I do not trust them when their answer is "Don't buy cheap cartridges," but that doesn't mean they're not right. (Holy guacamole, check out those negatives!)

I don't usually give technical advice, because, I mean, well, really, but sometimes using the "clean" thingie helps.

I have a super-cheap, black-and-white laser printer, which I love.

Thanks, dears. All is well with the new ribbons, but I will read up on how to clean this wonderful, reliable, old printer!