OK, you know how Sandra Bullock in MissCongeniality plays water glasses as her talent in the Miss United States beauty pageant scholarship competition? That is a real thing! I mean, I had heard of it before, as a music-making technique, and even tried it, the playing of water in glasses by touching the rims, but there was also a musical instrument based on that technique, and, of course, Benjamin Franklin designed one. Yes, the glass harmonica (aka armonica, from the Italian word for harmony). 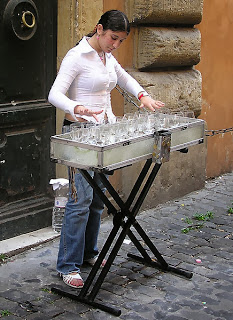 Actually, as the Wikipedia article explains, the glass harmonica was based on what was called the glass harp, the arrangement of wine glasses filled with varying amounts of liquid.

So, “Gracie Lou Freebush” aka Gracie Hart aka Sandra Bullock is actually playing the glass harp, but I was tickled to find the glass harmonica. 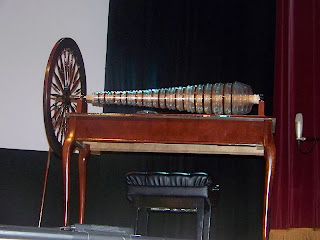 AND to learn that the glass harmonica was the instrument used in the mad scene of the opera Lucia di Lammermoor that gives us the beautiful aria sung by Diva Plavalaguna (pictured above) in The Fifth Element. I love The Fifth Element. It is funny, inspiring, and has that song in it. I replay it over and over to hear opera singer Inva Mula sing, and watch the blue alien played by French actress Maïwen le Besco move her lips and dance. Director Luc Besson had hoped to use the voice of Maria Callas for the Lucia di Lammermoor aria, but older recordings were not pure enough, so instead we got the pure voice of Inva Mula! 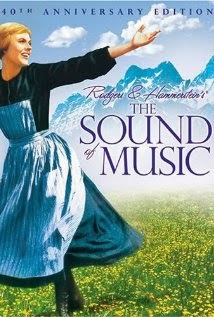 Somehow this all relates to Carrie Underwood and Julie Andrews and Marni Nixon singing for Natalie Wood (in West Side Story) and Audrey Hepburn (in My Fair Lady) and Deborah Kerr (in The King and I) and that acting vs singing swirling controversy (see Snarkado), and somehow it doesn’t. It just relates to my joy in hearing beautiful singing and finding out cool information. For instance, how lovely to learn that Marni Nixon played Sister Sophia in the 1965 film of The Sound of Music! Since Julie Andrews could sing for herself! Hence, so could Marni! Finally. 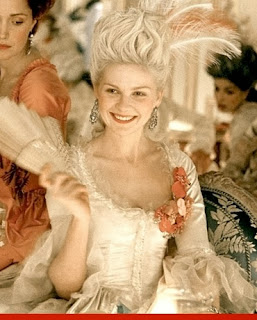 And do you know what else? Playing the glass harmonica was supposedly hard on the delicate nervous system. You could go a little mad playing it, or get melancholy (or lead poisoning). But healthy Ben Franklin called its sound “incomparably sweet.” Like Kirstin Dunst, dressed as Marie Antoinette. 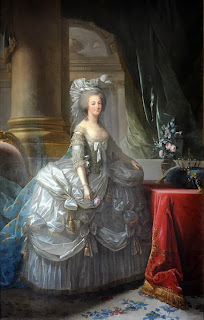 Because you know who else played the glass harmonica? Uh huh.
Posted by Kathleen at 3:53 PM

Did Ed Sullivan have an armonica?

Hey, there's a book on the history of the glass armonica, called "The Glass Armonica -- the Music and the Madness". Just search for Glass Armonica Madness on Amazon. :-)

Kathleen, this was fun, informative, and point well taken.

Not that I'm that old, but I used to get a kick, because I recognized it, that some of the musical movies you mentioned did have a lot of 'dubbing' and then there were the Frankie Avalon Anette Funicelo beach parties (not that I'm old enough to remember :-p )

You played the 'armonica'?

I want to see a glass harmonica that also produces bubbles.

I'm pretty sure Ed had a regular guest who played the wine glasses, but I could have dreamed it.

Neato to all of this info, and I'm tickled (as if by bubbles!) that there's a book on this!

I mean that I now try to make noises by stroking the rim of my wine glass. But I have never set wineglasses in a row nor tried a true armonica.

Here is the book:

The writer plays the armonica and even played with the Blue Man Group. How perfect for my Blue Monday Random Coinciday blog post!