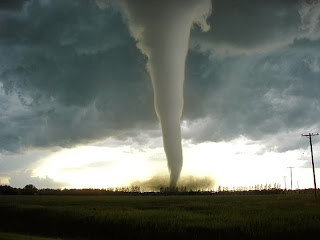 I will be glad when the Age of Snark is over. Sigh... Yes, Carrie Underwood was a little stiff and not as good as Julie Andrews in The Sound of Music. But she was sweet and charming, and it's a good story, and the overall wacky conventions of the American musical overlook all kinds of reality. Let it go, people!

Imagine all the pressure she was under while preparing for this event. And while doing it! And, if we want to be cynical, snarky, and mean, we might vent about the commercials, specially designed to sell stuff at Walmart, including the CD. 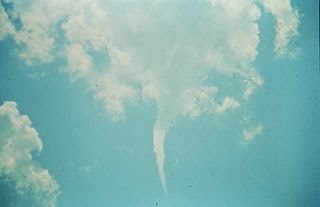 Anyway, watching The Sound of Music made me 1) play songs on the piano from the vocal score, recently obtained for 25 cents at the WGLT Recycled Music Sale 2) want to see the movie again, to watch Julie Andrews and Christopher Plummer fall unrealistically in love according to the conventions of musical comedy 3) recall the joy of Mary Martin singing on the vinyl album. Now there's a good "Lonely Goatherd"! 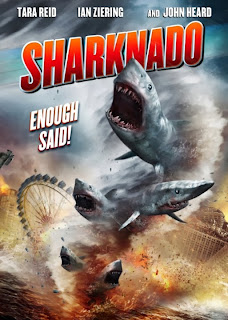 But, while I prefer to get lost in the story and songs when watching musicals, I imagine the at-home and online commentary was lots fun for some, maybe as much fun as what must have gone along with Sharknado during its airings on the Syfy channel this summer. When I first heard the word "sharknado," I had no idea it was a real thing, meaning a real movie, as clearly a waterspout leaving man-eating sharks on the ground is not a real thing. Is it? Anyhoo, the sequel is on its way.

Many thanks to Wikipedia for the beautiful white funnel cloud on the blue sky of northern Texas, a public domain image, and to Justin1569 at en.wikipedia for the scary tornado touching ground in Manitoba, a GNU Free Documentation Licensed image.

And I've been doing this snarknado swirl instead of dusting my house because it's Slattern Day.
Posted by Kathleen at 12:08 PM

What a nice cranky doodle. Thanks for posting, Kathylene.

Thanks, Lorel! Also, I have a pile of actual crafty doodle supplies, but I am doodling nothing with them, alas.

I didn't watch it, but it must have been a very hard act to follow Julie Andrews. But how anyone can be snarky about actors being brave enough to do a live performance on a major television network is a bit beyond me.

your commentary was refreshing, Kathleen. People have to remember that this was a live production. the storyline was what was important in the bigger picture which was a true story.

Audra McDonald was tremendous. We saw her perform live here at the Laughlin center at Notre Dame.

I mostly appreciate your calling attention to the 'elephant' in the room which was that it was sponsored by Wal-mart. I will not support anything that is linked by that capitalistic subjugating corporation.nth

I watched Audra McDonald on the Rockefeller Center Christmas special and she was indeed sensational with the Climb Every Mountain song. Add to that that it was so cold that her breath was visible with every note and I have no idea how she managed those high notes.

i have next to no tv. now and then a few channels come in. by accident, i read about SOM on facebook and so i thought i'd dial in, thinking it was the original version. i wanted to relive/recall the way i felt as a little girl watching SOM when it first came out. some of that magic came across in this version, but mostly because of memory. some of this version was painful to witness, other parts were charming mostly because it was live and whatever happens happens- something i can easily be swept into. thanks for your comment against the age of snark.

Sherry, good to know some magic came through via moment or memory!

Seana, lovely to hear of the breath on air during song!

Yes, I am so tired of snark! It's funny, it's easy, and I've been guilty of it, too, I suppose, but I regret all failures of kindness and/or compassion now, so I can't help but advise against snark.

However, Saturday Night Live provides excellent good-natured very, very silly parody, professional-level parody, and I find myself delighting in that.