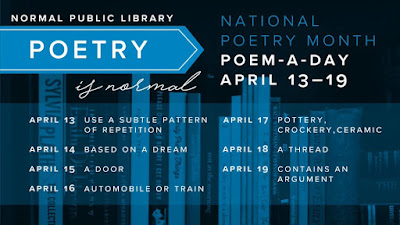 Like many poets in April, National Poetry Month, I’ve been writing a poem a day. I provided prompts for an online writing workshop I attend and adapted those prompts for the public library, where they are posted weekly on social media, so patrons and poets in the community can write along. I had hoped to offer and to write on a variety of topics, not to be preoccupied with quarantine, lockdown, worry, or disease, but worry often creeps in—to my own poems and those of my fellow poets.

Here’s one, for example, that began as the heart’s response to the sound of the train, just before it was leaving town headed north. I used to ride that train often, back and forth to Chicago, and would tell my husband to listen for the train horn and head for the station to pick me up. Then an ordinance was passed, establishing a Quiet Zone in town, and hearing the train now is rare.

Leaving town, the train moans once
on the cold air, unwelcome April snow
coming down like rain on silent lawns,
into silent fields. It might be a new
crew, unaware of the ordinance against
the train sounding its horn in town.
Who’s riding the train now? Is it mostly
empty, one living being for every six ghostly
passengers? By now, the train has passed
the ghost house three stories high, a stop
on the Underground Railroad, or rumored
to be. By now, the train can sound its horn
at crossings if it wants, can moan and groan,
can wail and keen, lament to heart’s content. 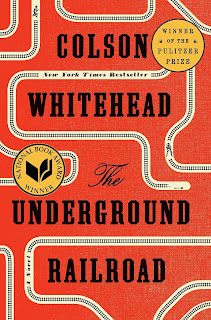 There, in the heart of the poem, I see the train sparsely populated, and I know why. Then the other passengers become ghostly. Then history and rumor arrive, and then grief. There is a house, just outside town, rumored to have been on the Underground Railroad. It’s a beautiful and lonely dwelling, a favorite of mine when I rode the train. When I could, I sat on that window side to see it.

This poem turned out to be a "broken sonnet." It has 14 lines and five beats per line, with much variation of meter. It doesn't rhyme, except now and then, internally, externally, or slantwise. But it does wail.

April generally gives me 30 or more drafts of poems to revise and develop over the next year. This one might stop here.