The Pertinence of Little Women 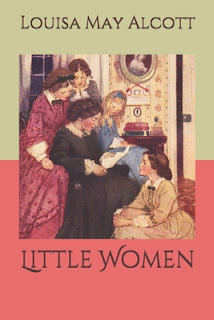 As a comfort during this strange and difficult time, I am re-reading Little Women, by Louisa May Alcott, first read in childhood. I recalled the March family hunkered at home during the Civil War, their father off serving as a chaplain for the army, but little did I know quite how much their situation would resonate now!

When I picked up my book this morning, opening to where my bookmark had fallen inplace the night before, the little women and their mother had received news of the illness of Mr. March. Illness in war is common, and our big flu pandemic of 1918 happened in war, and here we are again. So Marmee, as her daughters call her, packs a trunk and heads off to tend him, leaving the little women on their own, in the care of Hannah the cook, and with the protection of the neighbor, Mr. Laurence, and his grandson, Laurie.

The next morning, they wake to the completely changed circumstances. “’I feel as if there had been an earthquake,’ said Jo…” Indeed! And not only does the disruption current in our lives feel as devastating as that, but there has just been another earthquake—in Idaho!

And for those of you who are stress eating (or stress baking), look at the pertinence and needed humor of this! “’I think anxiety is very interesting,’ said Amy, eating sugar pensively.” I laughed a little, while maintaining my compassion for those whose anxiety is hard to manage, and probably not with sugar, and definitely not straight from the shared sugar bowl! 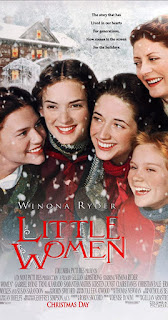 I am reading a hard copy of Little Women, a paperback I got for my son when he became enamored of the movie (with Winona Ryder) one Christmas season. (I don’t think he read it, though, as the binding was very tight, until, alas, I broke it, but now I am not straining to read in the gutter, so to speak.) And I was eager to re-read this novel after seeing the new film version this Christmas season, directed by Greta Gerwig. But you can easily find e-book versions at the library, along with Little Men and Jo’s Boys, so I might try those as our “shelter in place” continues.

So many wonderful details from the book are coming back so vividly from my first reading! Others I had forgotten: for instance, that the sisters had girlfriends in the neighborhood who attended their little plays. And that they went on a picnic with Laurie’s British friends and played croquet. That is, there’s not as much “social distancing” in Little Women as I had remembered.

Ah, but I know what’s coming next in the plot: Beth’s visit to a house with illness in it. Again, the pertinence of Little Women.