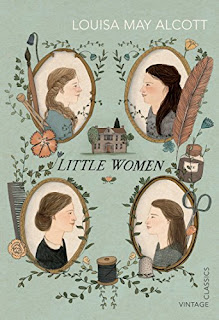 I’ve finished my re-reading of Little Women, by Louisa May Alcott, a Big Book full of Little Wisdoms! By that, I mean pithy, sometimes surprising phrases and paragraphs that resonate now as containing something deeply true about human beings and their conventions and institutions—so that even if her time stamps them as dated, they still stand as true, sometimes as prophetic.

Here are some examples:

When Jo takes Beth to the seashore, hoping to shore up her health but feeling the imminence of her death: “They did feel it, yet neither spoke of it; for often between ourselves and those nearest and dearest to us there exists a reserve which it is very hard to overcome.” So true! And yet I hope we are speaking our hearts in the current circumstances, feeling our fragility. 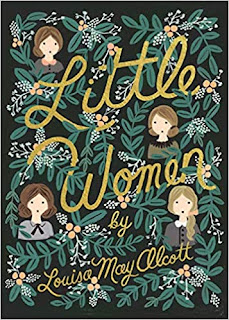 Alcott uses the phrase “division of labor” to describe what saves Meg and John’s marriage when she has become consumed with the care of their baby twins, neglecting him and the house. When she accepts his help in childrearing and the offered household help—dividing and sharing the work—their happy little family thrives.

Amy’s good sense, here speaking to Laurie: “it’s wicked to throw away so many good gifts because you can’t have the one you want.” Indeed, it is! When she speaks of herself, she explains that she has given up on her own artistic ambition “because talent isn’t genius, and no amount of energy can make it so. I want to be great or nothing.” She’s right about that, and we have to look hard at our talents, and find the ones to follow. And Amy isn’t contradicting herself here, as she is not throwing away all her good gifts; she will choose among them and apply them differently. In one of the “dated” aspects here, she intends to be “an ornament to society,” which sounds terribly like being an object, but 1) it was what she always wanted, from childhood, to be a rich man’s wife and go about in good society and 2) the way she and Laurie will do it includes a lot of generosity toward struggling artists and education!

And here’s a dated-sounding-but-still-apt paragraph on men and women:

Amy’s lecture did Laurie good, though, of course, he did not own it till long afterward; men seldom do, for when women are the advisors, the lords of creation don’t take the advice till they have persuaded themselves that it is just what they intended to do; then they act upon it, and, if it succeeds, they give the weaker vessel half the credit of it; if it fails, they generously give her the whole. 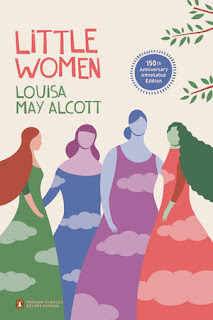 Alcott’s irony comes within her feminist, suffragist context, which you can read about here, in a lovely article offered by the Arlington (VA) Public Library this month, helping to celebrate the 100th anniversary of the 19th Amendment! Alcott’s “weaker vessel” surely echoes what men say, not what women are!

Her humor suffuses her prose. Describing those twins, now small children at a family gathering with a table laden with goodies, she says: “…didn’t they each whisk a captivating tart into their tiny pockets, there to stick and crumble treacherously, teaching them that both human nature and pastry are frail?” Yes, and these days it’s also a warning against hoarding! Again describing children, this time Jo’s, who thrive in a wild upbringing, Alcott says Professor Bhaer, their father, thinks “that babies could digest anything, from pickled cabbage to buttons, nails, and their own small shoes.” This made me giggle.

Other fun surprises during this re-reading:

Beth drops treats from her window to the children below, just like Emily Dickinson! 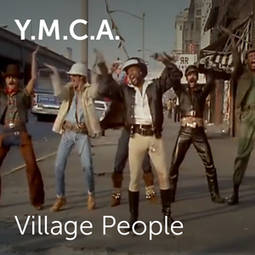 Alcott prefigured the song “YMCA”! “Demi learned his letters with his grandfather, who invented a new mode of teaching the alphabet by forming the letters with his arms and legs, thus uniting gymnastics for head and heels.”

I am so glad I read this long book in my cozy moments of downtime on the couch or in the back yard, now that the weather is turning warm. What’ll I read next?

Kathleen, thanks for these nuggets of wisdom. Timely as well..