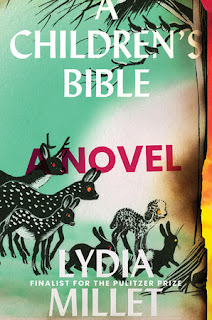 My scattershot Covid-19 reading had just led me to an opinion piece in The New Republic about the rich having run off to escape the virus in complexes far away from cities, and how they’ll stay gated and protected afterwards, when my newly-spawned ebook reading led me to A Children’s Bible, by Lydia Millet, where some rich kids from a yacht tell some not-so-rich kids on a beach about their parents’ complexes off in Oregon and Washington state, where they’ll be safe during the chaos of the end of the world.

There’s no virus (yet) in this novel, but there’s extreme weather, pollution, and general toxicity. The rich kids feel insulated from it all, partly by their wealth, yes, but also by their seize-the-day, devil-may-care attitude: “…the yacht kids didn’t care about skin cancer. If they lived long enough to get a bunch of melanomas, they figured, they’d bust out the champagne.”

But the book is not about them. It’s a about a group of children and teens who are sharing a summer vacation house with all their parents. I was reading it when we had days and days of rain, while, in the book, parents and children are preparing for a major storm, of near Noah’s-Ark-like proportions. Indeed, that parallel is intentional. A sweet boy, Jack, has been given a children’s version of the bible and, having been raised in a climate of atheism, is reading those stories for the first time…but making viable connections to the world he is living in. His sister, the narrator, is Evie, like Eve of the Garden of Eden. Another sweet boy, Shel, who is deaf, handcuffs himself to a treehouse. I had just read a poem in a Zoom event about a woman who lives in a redwood tree for two years to save it from loggers. In this novel, the children try to save the animals, Noah-style, from flooding from the storm.

In the aftermath, certain events align readily with my Covid-19 filter: “The parents are getting sick….Fever and chills. Headaches.” Then the parents text the children to say not to come back right now, it might be contagious. These teens are disgruntled with the parents, who are always drunk and who have abandoned the world, ruining it. But here, the narrator begins to awaken to the possibility of their love: “I marveled: the parents, caught in a selfless gesture. I almost wanted to thank them.”

Later she remembers not picking up after herself, leaving snack bags in the family car. “It hadn’t occurred to me to pick it up. I always waited for my parents to take care of it. Once we had let them do everything for us—assumed they would. Then came the day we wouldn’t let them.”

It reminds of a song by The Weepies, “Can’t Go Back Now.”

Yesterday when you were young
Everything you needed done was done for you
Now you do it on your own
But you find you’re all alone
What can you do? 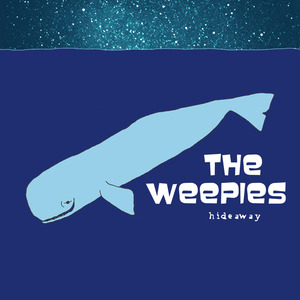 But while The Weepies move past their nostalgia for helplessness, and “Walk on, walk on, walk on / ‘Cause you can’t go back now,” the narrator of A Children’s Bible resists shared responsibility for slick blame and continues, “Still later we found out that they hadn’t done everything at all. They’d left out the important part. And it was known as: the future.”

A Children’s Bible carries some of the righteous rage of Greta Thunberg. Yes, the children can be angry with their mostly self-absorbed parents. I understand young people’s anger and sorrow about the world they will inherit from previous generations that were wrapped up in materialism and themselves, allowing global warming to continue, ignoring climate change and activism on behalf of the planet. But not all parents or older people of today ignore climate issues. Many are recyclers who don’t put poisons on their lawns and do grow native plants, etc. And, in the current coronavirus crisis, it is sometimes young people who are selfishly ignoring precautions, thinking themselves invincible, as young people often do, and not wearing masks to protect others, congregating in houses, parks, beaches, parking lots, apartments for beer parties, just like they did before, until some of them get sick, and it sinks in.

Avoiding responsibility and playing the blame game are unlikely to fix anything or lead to lasting change. But suffering may well teach Evie what she needs to know to be able to “walk on, walk on, walk on….” And I can easily forgive her her petulance, thanks to her moments of insight: “Why are we always complaining? We get to be alive.”

Here’s the New York Times review of A Children’s Bible. And here’s another review of mine, in Escape Into Life, of Mothershell, byAndrea Potos, also read through a Covid-19 filter. And here's the charming, childlike, official music video for "Can't Go Back Now" on YouTube.