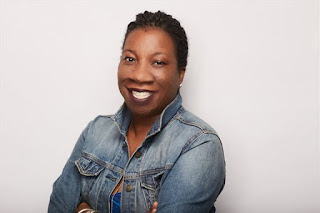 Yesterday I asked my husband if he was aware of the huge “Me, too” phenomenon on Facebook. He wasn’t (and he is on Facebook). “4.7 million people,” I told him, “reported that they had been sexually harassed, assaulted, or abused, and the real count is probably twice that.” Or three times. The “official” count is probably even bigger now. I told him briefly why I didn’t want to post a “Me, too” status on Facebook—I hated watching all the fights that ensued in people’s comments, I hated watching people climb up on all the podiums and bandwagons; I hated seeing people I like and admire say stupid things (even though I have said stupid things and step up on podiums and bandwagons, too)—but how I did share a short video my niece had shared, showing Tarana Burke, who started the “Me Too” movement ten years ago…and how sad and moving and inspiring that was. Burke spoke with her daughter, who can, alas, say, “Me, too.”*

(And because I am not on Twitter, I knew about Tarana Burke as founder of the movement before I knew that Alyssa Milano had encouraged a “me too” reply to a tweet and a follow-up Twitter boycott, etc., all laid out here in a New York Times article. I am glad that Burke and Milano are now friendly collaborators in raising awareness.

*I learned in the article that Burke started the movement in part because she “couldn’t even say ‘me too’” to a very young victim of sexual abuse. Burke’s movement is all about empathy, specifically “empowerment through empathy,” and she wanted to put people who had suffered together with others who could say, “Me, too.”** Burke has also started a not-for-profit organization called Just Be Inc focused on wellness and wholeness.)

**I am the one adding the annoying comma, though. 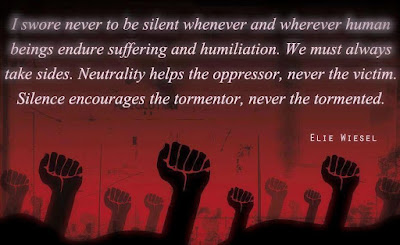 Today I saw the piece by Jenny Listman in Medium, about the time Elie Wiesel “grabbed [her] ass”—more sad news, beautifully written, making the issues (and the ironies) very, very clear. I’m waiting for what Bitter Gertrude might say. I will keep reading what these women have to say, and I hope you will, too.

Here's another woman to read, Sarah Polley, who shifted from acting to directing and moved from being objectified to being respected.
Posted by Kathleen at 4:52 PM