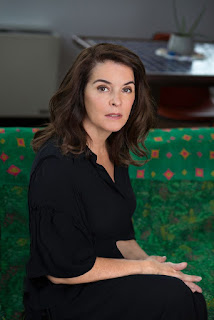 Maybe you, too, have been sexually harassed, abused, insulted, or assaulted. It's going on all the time, everywhere. It makes me so sad. One of the latest stories is in The New Yorker, by Ronan Farrow, about Annabella Sciorra and Daryl Hannah, Rosie Perez and more, actors I admire for their talent, work, and bravery. Maybe you, too, have chosen to speak out or to remain silent. Maybe you, too, have sought solace and advice from friends who could or couldn't give it. Imagine the horror and stress of the incidents themselves, and the ongoing stress of whether to speak out or not. Imagine all the factors and circumstances. 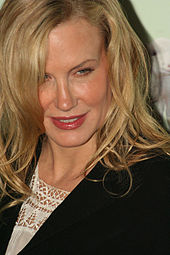 I am home today, doing such imagining and empathizing. I am not doing some other things because this, for the time being, takes precedence. Honoring these women by taking the time to think about them, by paying attention to what they are saying. Since I have worked as an actor, I know how hard that is, acting--the work itself, the artistic endeavor--and how hard getting the next job can be. Think what they were up against at all times as they proceeded in big time careers with all the forces and powers and even well-meaning people pressing them not to speak or ignoring them when they did. (My own acting career was "small time" but even I ran into shocking crap, and still do.) (And the literary world is not spared this crap, either.) Thank you Annabella, for Jungle Fever, and everything else! Thank you, Daryl Hannah, for Blade Runner, and everything else!
Posted by Kathleen at 2:40 PM