I love you. Don’t worry, this isn’t a fatal attraction. I am married with children, married to an artist, in fact, and I know two writers would never work, especially not one like me and one like you. You are my secret twin! Hmm, probably I haven’t yet reassured you. As poetry and painting are sister arts, let me just say that I am married to the perfect man. I am pretty sure you must be married to the perfect woman, and I am glad we both have two children.

While reading The Anthologist, I laughed out loud many times, shaking any stress and/or random toxins right out of my being. I attempted “eyelid wars,” and I tried to cross my eyes with my eyes closed. I failed. (I tried this again in the waiting room of the hospital and told my mom about it when, looking up from The Social Animal by David Brooks, she suddenly asked me if I could say the alphabet backwards.  “No,” I said, pretty sure I couldn’t. “Have you tried?” she asked. I tried, getting as far as “ZYX.” Then my mother said the alphabet backwards, easily. You would like my mother. She loves Sara Teasdale. This eyerolling backwards alphabet business happened during my father’s pacemaker surgery. He’s fine. And I did not get lost in the labyrinthine hospital halls this time.) 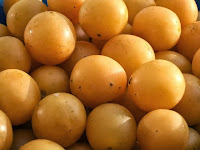 Back to The Anthologist, and my reader response/love letter. While reading your book,  I tapped my foot and thrummed my fingers to the beats in lines of poetry, which I also do while writing poetry (even my unrhyming verse) or reading poetry.  I cried many a silent “Yes!” to the ceiling at the rest theory of meter and felt validated in my own rhythms. I went over to the piano and played all your little melodies, eventually remembering that I had once written lyrics for a Chopin prelude I played during my piano lesson years. In another ceiling-ward glance of admiration, I wept inside, released, and accepted life very deeply. Thank you for that.

And tonight, you’ll be glad to know, I’m sure, dear Nicholson Baker, I am going to see the movie Reaching for the Moon, about the poet Elizabeth Bishop and her lover Lota de Macedo Soares, as I have always wanted to know more about the particular losses in “One Art,” about “the art of losing.” (Many thanks to Julie Kistler for the summaries and schedule posted here, in “Embracing Normal: LGBT Film Fest at the Normal Theater” in her fabulous blog, A Follow Spot. Yes, we have a/an (?) LGBT Festival in good old Normal, Illinois! I wish I could have seen I’m So Excited!, the Almodóvar film, last night, but at least I watched the hilarious trailer.) 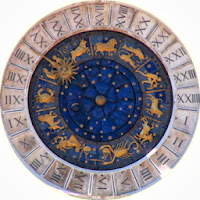 O, Nicholson (what do they call you for short?), I saw you on Colbert and I hope you got the “Colbert bump” if that is something that interests you. I will keep checking your books out of the library and buy some whenever I can afford it. It comforts me that you are a teensy bit older than me—you: Aquarius; me: Pisces (and I know this is destroying my credibility and your reassurance that I am not a wacko, but hey, it’s a Random Coinciday in the blog!)—but on the cusp. You are definitely wiser, in a nicely foolish kind of way.

Thank you, thank you, a thousand ceiling-ward thanks…and I know you understand these blueberries and Mirabelle plums.
Posted by Kathleen at 1:18 PM

Great post, Kathleen. Now I know how you feel about Baker, well, his book.

Thanks, Maureen. I love to laugh, and to learn. This is like fiction and nonfiction in one!

That was just such a grand novel, wasn't it! And the rueful voice it was written in, so generous and disarming.

Yes, I loved that voice!

Thank you. I will have to read backwards now from "Traveling Sprinkler" to "The Anthologist". I cannot say the alphabet backward, but it would be something monotonous I could practice aloud in the nap room to bore sleep-resistant kiddies into snores.

I know. I want to say it backwards now, too! I asked my mom if she could burp the alphabet. I shall not divulge the answer. I yearn for The Traveling Sprinkler now, as well. BUT The History of Love came in at the library, and that's next!

Although I shouldn't speak for the illustrious Mr. Baker, I'm pretty sure he would understand and approve of this. I think the only book of his that I've actually read is called U and I, and is basically an unrelenting fan letter to John Updike. A little hard to find now, but I think you'd like it.

I can imagine the unrelentingness of it and am already giggling.

I will look into this author. Thank you for this inside on where your mind goes while life happens around you as well. Nice beat to the whole piece.

Hi Kathleen.
Glad to read that you are a fellow Pisces.

As part of my architecture degree I had to take a course in statistics. For the major assignment a friend and I analysed the birth dates of about a thousand well known architects to see if there was any clustering in a particular zodiac sign. The result was hugely statistically significant - most of them being Virgoans and Geminians. I have no idea why this should be so. Although Virgoans are said to be into details. Cancer came in third.
After graduating, the architectural firm I worked for had a staff which consisted almost entirely of Virgoans, The two partners were both Geminis, and there was a Cancerian guy too.
Coincidence?
I don't take astrology that seriously, but I tend to think there is more to it than the sceptics allow.

Thanks, Jeronimus! That statistical correspondence is amazing. Actually, I was making fun of myself re: astrology in the cliche of "What's your sign?" kind of way, but I think there is more to it, too. If the ancients observed patterns and alignments in people that paralleled alignments in the stars, etc., they were noticing SOMETHING going on, and it seems that we keep discovering and unfolding what that is--in many areas. Scientists keep re-discovering and confirming, via scientific method, and then refining, plenty of ancient knowledge, so I guess this may be like that someday. The part of astrology that has been reduced to entertainment encourages the skeptics to remain skeptical. The part of astrology that remains attached to ancient astronomy and is now also viewed through psychology is very interesting. All of it is part of the mystery that keeps me curious and alive with inquiry! And always making fun of myself, too. Since I know that I do not know! (tee hee)