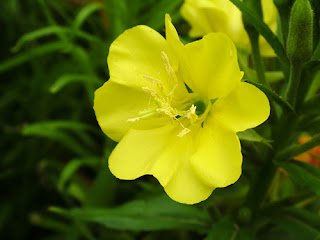 Day 263 of the "What are you reading, and why?" project, and Terry Gross has been reading Finishing the Hat, by Stephen Sondheim, in preparation for her Fresh Air interview on NPR, and probably in sheer delight.  It's newly out, a book of lyrics and the stories behind them.

I had a driveway moment on Tuesday night, listening to the NPR story about Evening Primrose, a Sondheim musical made and aired for television that hasn't been available till now, when we'll be able to snatch it up on a DVD!  This delighted me because I play and sing "Take Me to the World" on my piano--just love this song--and  had asked my musical-comedy-and-Sondheim-knowledgeable friend Doug about Evening Primrose, learning that it takes place in a department store, after hours.

Indeed, as David Bianculli says, "Evening Primrose is kind of Twilight Zone episode set to music."   Bianculli tells us the musical is "based on a short story by John Collier, whose creepy, fanciful tales inspired not only episodes of The Twilight Zone, but a handful of Alfred Hitchcock Presents installments as well."

In random coincidii mode, I refer you to yesterday's blog on scary stuff, including Alfred Hitchcock.  Aauugghh, remember the Twilight Zone episode where the little girl falls out of bed and through the wall into another dimension?!! This musical is not based on that!  (But a Simpsons episode is!)

Evening Primrose is about a poet (yay!) who lives in a department store at night because the real world, the daytime world, is too scary.  And, as Pam told me, right after my driveway moment just before book group, the evening primrose is just that, a flower that opens in the evening, and can be watched opening as if "in time lapse photography."

And guess who is in Evening Primrose?!  Anthony Perkins, post-Psycho (also scary) and Charmian Carr of The Sound of Music (scary only to those who fear musicals), who wrote the book Forever Liesl, also featured, back when it came out in 2000, on NPR.  (Maybe she would not have been forever Liesl if Evening Primrose had been more readily available.  Maybe there will be a live production of it now, and Graham Norton can seek out a new actress for it.  See Nancy Devine's blog entry on this!) 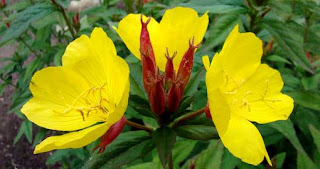 To learn more about evening primrose and its health benefits, go here.  To learn more about the zen biz of evening primrose, go here.  And you can find song lyrics books by Cole Porter and Oscar Hammerstein, II at Babbitt's at the moment.  I look forward to Finishing the Hat, and you'll find Sondheim in fine form, 80 and fiesty, in the NPR interview.  He is bleeped a lot, talking about some lyrics he wanted in West Wide Story, but I really, really like the clever subversive charm of "Gee, Officer Krupke, krup you!"
Posted by Kathleen at 8:55 AM

The cast recording of "Sondheim on Sondheim" covers some of the same territory (with Sondheim quotes captured as part of the show) and would be a lovely accompaniment to "Finishing the Hat." I am trying to decide how transparent it would be if I bought the book and "Evening Primrose" for Scott for his birthday coming up. Pretty transparent.

I am also hoping that my friend Jon, who has been working on a Sondheim project of his own, will comment on my "Measure for Measure" blog, since he loves that play. I think. I haven't talked to Jon about either "Evening Primrose" or "Finishing the Hat" (which, curiously, does not deal with "Sunday in the Park with George," the show the song "Finishing the Hat" comes from) but I am sure I will.

Oh, a poet who lives in a department store because the outside world is too scary. I must find the original short story and read it.

I love your blog Kathy!

I was listening to this on my way home from work as well. I just love Sondheim's music & look forward to his book and reading about the stories behind the songs. The interview made me want to watch "Sweeney Todd" again!