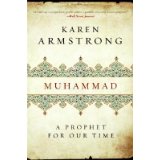 Day 255 of the "What are you reading, and why?" project, and this will be a random linking up of yesterday's soulful coincidii, with a glancing reference to this book, Crossing the River: A Memoir of the American Left, the Cold War, and Life in East Germany, by Victor Grossman, which someone must be reading, because NPR replayed yesterday evening in our area, and this morning, on the website, a five-minute interview with Grossman on his 2003 book, in their Americans Abroad series.

Victor Grossman is an interesting man, an American soldier who left the army, swam the Danube, and lived in East Germany, getting a new perspective on the events of World War II and its aftermath, and at the end of the NPR interview you can hear his criticism of the current religious-political agendas that continue to stand in the way of world peace and, his concern, a world without poverty, which is, to him, I gather, primarily a social justice issue.

This must be the part of the interview my friend Kim heard, driving to the interfaith panel last night at New Covenant Community in the Campus Religious Center in Normal, Illinois, where a packed room listened to the kind, honest, generous, thoughtful conversation of 3 people of different faith traditions--Islam, Judaism, and Christianity--all descendants of the Abrahamic tradition.

What an amazing and beautiful evening that was!  Such vision, such generosity of spirit!  I learned so much, and, of course, the Muslim man was Pakistani!  (See yesterday's colorful coincidence!)

Kim mentioned the interview and book to me because I mentioned to her a brief conversation with my husband, before leaving the house, in which 1) I invited him to come to the panel discussion because 2) he mentioned Noam Chomsky in connection with South Africa and Israel, and how we, the United States, might be at the same juncture now with Israel that we were with South Africa, as the only country standing by at the last minute, before real change...I will let you put that together on your own.  But Jimmy Carter was the President who finally said, "No," and South Africa, through long hard work and suffering, and with the long patience of Nelson Mandela, achieved its change with and without us (U.S.).

The interfaith panel, arranged by New Covenant pastor Susan Ryder, and moderated by retired Presbyterian minister Dick Watts (a co-writer with John Dominic Crossen of this book, Who is Jesus? Answers to Your Questions About the Historical Jesus), came about in response to the negative press and reactions to the building of a community center and mosque (I am using the terms from last night) near the site of the World Trade Center.  (You will recall the very public threats of Koran burning and the Florida pastor [who has now won a car?!], and, as I learned last night, there was a private back yard burning of the Islamic holy book by someone somewhere.)  Our local Christian and Jewish faith groups stood vigil at the Islamic center right after the 9/11 attacks, a difficult time for everyone, and this interfaith panel emerged as a similar show of moral support as well as an educational opportunity, and the packed house and compassion in the room make me think it worked well.

What I learned last night will also send me to some books by Karen Armstrong that I've not yet read: A Short History of Islam, Muhammad: A Prophet of Our Time, and  A History of God: The 4,000 Quest of Judaism, Christianity, and Islam. (You can find them all at Amazon, but here is a link to the book pictured.)  You can imagine some of the opposition Armstrong faced when some of her books, or new editions of them, came out in 2002 and in the 9/11 terror and aftermath.  But she is the founder of the Charter for Compassion.

This is such a delicate topic, and it's true that life is easier if we avoid talking about religion and politics, at least at dinner parties (or potlucks), but this is a conversation that needs to happen and happened last night in loving and compassionate, reasonable and honest ways.  And I hope we keep 1) talking and, of course, 2) reading!!

And lest you be a secular humanist or an atheist, you were represented lovingly, too, though not on the Abrahamic panel.  Moderator Dick Watts reminded us of the recent religion quiz (Internet-based) and that the highest scorers were atheists, and speaker Dave Hirst mentioned his secular humanist friend who asked, "Why isn't there a secular humanist on your panel?"  That can be a conversation to come!

And if you like drama, and I mean theatre, you might want to read Via Dolorosa, written and performed by playwright David Hare.  (I have seen a filmed version of him performing his one-man play based on a visit to the State of Israel, when both he and Israel turned 50.  Talk about a midlife crisis!)

And if you like quirky but amazing, thoughtful movies like Wings of Desire, Adaptation, and Being John Malkovich, you might like Cold Souls, starring Paul Giamatti as himself, which ultimately shows another way of learning compassion.  I watched it with my friend Kim on Tuesday night and with my husband last night, upon returning home from the interfaith panel (OK, I watched half of it before falling asleep and woke up at the end), but it was my second viewing that enlightened me to this: actors are indeed mules of the soul, bearing many in the course of their work, and that is why we sometimes break down and sometimes don't know exactly who we are: Christian, atheist, secular humanist, hollow body?

Forgive me the long entry.  Thank you for bearing with me.
Posted by Kathleen at 8:03 AM

Speaking of Abraham and soulful coincidii, you will want to click on Linebreak in the blogroll and read the Isaac poem there.

What I heard on NPR was a review of the novel "To the End of the Land" by David Grossman who is an Israeli activist and writer. It is about war in Israel, so also fit well with the themes above. And I'm reminded of Karen Armtrong's "The Battle for God, A History of Fundamentalism" which is on the bookshelf I mentally label "will read someday soon."

Yay! Thanks for the correction. I did listen to the entire interview, and it was pertinent at the end! But this makes more sense!