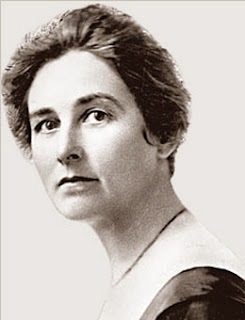 Day 304 of the "What are you reading, and why?" project, and, as I told you a while back, my book group was reading Loving Frank, by Nancy Horan. It's about Frank Lloyd Wright's love affair with Mamah Borthwick, from her point of view (in a third person telling). We met last night to discuss it.

And here's a dilemma. Kim had trouble discussing it as fiction because it is based on real incidents. That is, it is historical fiction, but not just a story set in historical times, but one where the outcome is necessarily pre-determined by what really happened. There's no fiddling with this "plot," nor making the events that lead up to the ending actually make fictive sense. So there's not a good interpretive question related to the arc of the story or the characters' motives, and there is the dangerous tendency to ask, "Did she deserve her tragic ending?"

Using the word "tragic" in its commonplace sense of "a really, really bad thing happened" rather than its classic sense of a fatal flaw bringing the character to his (usually his, as the classic definition is from Aristotle, based on the ancient Greek tragedies) inevitable fate. Frank Lloyd Wright has enough hubris, in history and in this novel, to be a classically tragic character, but it's not about him; it's about her. So did she invite her fate? Did she deserve her fate? Is "fate" even a function of this novel?

So I came round to the question, "Why did the author want to tell us Mamah's story, from the inside?" Did she want us to judge Mamah, as American society did in the time she was living? Did she want us to understand her better? And find a way, frankly, to love and forgive her, rather than judge her? Is it a cautionary tale for readers (especially women) living now, specifically warning women not to get caught up in the man's goals and needs, but, if you want a frank and true love match, be whole yourself?

We had a lively discussion of the book and also those reverberations in life--looking at how double standards still pertain, how the layering of generations still sends a lot of mixed messages to women, and how important it is, indeed, to find one's proper mate, if mating, or lifelong companionship of some sort, are in this mix.

Book group gals, you might want to click here to see more pictures of Mamah, copies of some of the actual newspaper articles, and even the covers of the Ellen Key books she was reading and translating!
Posted by Kathleen at 6:53 AM

Well okay, I admit it. I have two soul mates. Bob and Kayla. I am lucky and blessed. Three if you count George Clooney.

Thanks for such a great discussion, ladies!

i wonder if it's possible to one more than one soul mate. (it certainly feels that way)

Seems likely. The soul, whatever that means, might transform and meet new mateys. (My soul apparently just flew to Australia and back.)

My understanding of 'souls' is that space and time are non-sequiturs of its intrinsic make-up let alone flight capable (lol). Transformation might even be non-relative. Phew! Good thing I was here!
All I know, in minutiae and angstroms, is that soul is in music, words and Love. Hmmm! I guess that's us, huh? Oh by the way, Kathleen, who puts away the step latter when left out after changing a broken overhead light, tu abuelo(Fear of Death)? Received 'Broken Sonnets', Gracias!

Isn't the postal service amazing! And it's already holiday season!

i read this book when it first came out - i envy your book group! i would have loved to be among you as you discussed this story. what a great discussion. this is spot-on:

Is it a cautionary tale for readers (especially women) living now, specifically warning women not to get caught up in the man's goals and needs, but, if you want a frank and true love match, be whole yourself?

Thanks, Sherry! We were troubled by how she set aside some of her own interests for sections of time...but it was interesting that, while Frank pouted to be left alone, he was basically supportive of her intellectual pursuits. That was part of the "good match" aspect.

Kathleen,
You didn't include a billing invoice. What is the cost and do I address the check to you?

$12 to me, thanks. Are you getting my reply emails?