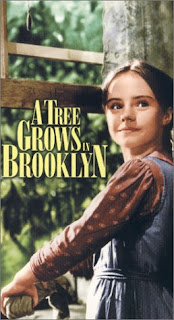 Day 314 of the "What are you reading, and why?" project, and I've just watched the film based on the book A Tree Grows in Brooklyn, by Betty Smith, because 1) it was my mother's favorite book in childhood, 2) it was just the birthday of Betty Smith on December 15, as noted by Garrison Keillor's Writer's Almanac, where 3) I read again the throwing-of-the-Christmas-tree scene, and 4) it put me in the mood to see the film. 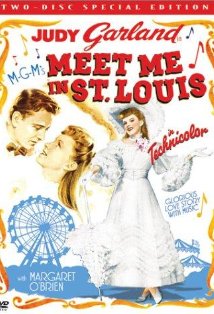 But I was actually looking through our films for Meet Me in St. Louis for its Christmas scene, with "Have Yourself a Merry Little Christmas" and the phenomenal crying of child actress Margaret O'Brien, when I came across A Tree Grows in Brooklyn, not remembering that we had it in one of the stacks of CDs left us by a family friend, Grif, who used to come to Christmas dinner every year.

We have several of his books, too, our family, personally, and also Babbitt's Books, and they have his distinctive little faint pencil Xs and curlicues in the margins, at sentences and phrases he loved and would write out or type out later on sheets of paper, the wisdom of the world digested.  The "film version" of Grif's notes would be the various post-its on the CD covers with dates and directors and stars and the occasional tidbit of information.

In the case of A Tree Grows in Brooklyn, he wrote that it was directed by Elia Kazan, "his first film."  And a fine one it is, too, with James Dunn, who played Francie Nolan's singing father, winning an Academy Award that year (1945) for Best Supporting Actor.  Lloyd Nolan is in this film, too, and Dorothy McGuire, Joan Blondell, and Peggy Ann Garner, as Francie.  My mom was known as Peggy Lou as a child, so it must have been fun for a Peggy Ann to play one of her favorite book characters in the movie.

I was struck by the depiction of childbirth--none of that screaming and cursing we see now in sitcoms and comedies.  Just the quiet, patient pain and fatigue of the woman in a long labor, conserving her strength to get through, and finally letting her daughter see her emotional vulnerability because the stress has taken away her defenses.

Makes me want to read the book again!  We don't have it at Babbitt's, but we do have Joy in the Morning.  (A film was made of that book, too, starring Richard Chamberlain and Yvette Mimieux, and click here for an odd tidbit about its premier...!)
Posted by Kathleen at 6:19 PM

Thanks for the reminder about Garrison Keillor's Writer's Almanac. I used to get those emails, but something happened and they disappeared. I'll resubscribe.