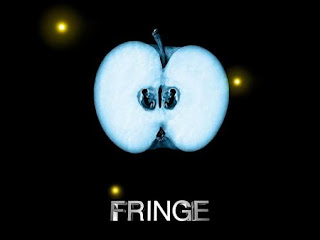 My son is home for Spring Break and I watched an episode of Fringe with him, something we’d watched together when the series first started. It’s a fun science fiction television series with convoluted plots, special effects, decent acting, and humor.
Fringe includes an alternate universe. My son had to fill me in a bit on the developments there.  Walter is Walternate in the alternate universe, from the perspective of the original universe (but which is which, and who would know?), and Olivia is Fauxlivia (as Fox News is Faux News). 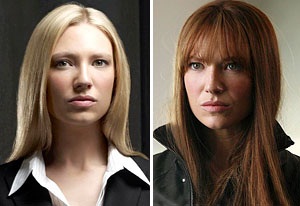 Anyhoo, on a past recent episode, Walter, the character we love, a mad scientist of sorts, fragile, goofy, and brilliant, said the word “vagenda” in passing, referring to Fauxlivia’s agenda.
After the show, all these comments appeared, along the lines of “Did Walter really say that?” Walter really did.
I love this word. Vagenda. I hope it makes it into the coined word hall of fame and into all the new dictionaries.
Vagenda. I think it could spur controversy and conversation.
Oh.  Already has, already there: Urban Dictionary. Well, some of those definitions are mean, as they so often are in the Urban Dictionary, which is part of the point, I suppose, but some are funny and get at it. (See also mansplain.)
So much for this hump of the week.

Ghazal with a Vagenda
A manipulated man believes, at most, vagenda,
to explain his helplessness, though post-vagenda.
It’s a circular way of thinking, back to the womb.
If only he’d append a trust agenda.
The first cup of coffee, after all that eHarmony,
tastes a little bitter, with an edge of boast agenda.
But she’ll give it try—she’s lonely—full-bodied denial,
and decide it might work, that, yes, it’s just Splenda.
It’s no use arguing with a man who mansplains.
All she can manage in the morning is a toast agenda.
He opens his laptop and closes his account.
Her middle name, Virginia, is almost vagenda.
Posted by Kathleen at 7:15 AM

the urban dictionary is blocked at work. (does that mean it's really exciting?)

I believe I saw part of one of Fringe's first segment shows. I found it interesting but it made me feel like I was playing one of those video games that takes one into the 'fringe' of reality. I guess that it's intention.
It falls opposite of one of the shows I watch.

Do you think by the usage of the term 'vagenda'
will be a 'catch all' term used in the closed hall doors of our more right wing conservative congressman's offices?

It's funny, annoying, and sometimes obscene. It does define swear words, so it probably should be blocked at some workplaces. Like yours!

"Vagenda" sort of defines itself in the sound of it.

Ah, nene, your post appeared later...but came first, I see. I can't imagine what goes on behind those closed doors!

Wow. Hadn't heard of "vagenda" or "mansplain." I am so behind the times.

Thanks, Sandy! I'm behind the times, too, but now we're both up to date.

I kind of love vagenda, even though the idea behind it was probably mean-spirited in the first place. (My va-jay-jay isn't known for having its own agenda, as far as I know.) But now that I think about it, I think ragenda would work nicely for those right-wing, behind-closed-door discussions nene mentioned.

I have a love-hate relationships with the Urban Dictionary. I believe I added a word once. I think it was "shostle." Wonder if it's still there. But I often find myself reading definitions for things I really would prefer not to know existed. "Veronica Mars" used to be full of these phrases, and then I would go to Urban Dictionary to look them up and be all EEEEEUWWWWWWW.