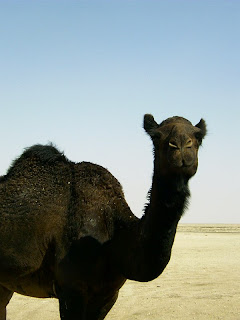 This morning I woke from a dream about wild animals escaping from an open preserve, oddly set in an open-door classroom down the hall from another large classroom in a large institution. I woke with a headache--in the dream ascribed to a bear that was attacking us--and realized it was because of dehydration, the furnace now on. We escaped the bear by going into the other classroom, and closing the door by lifting up the hinged doorstop, which I managed through panic even though it is the kind of thing I cannot usually accomplish in dreams.

Those of you who follow the news will find it easy to interpret my dream based on the recent escape and slaughter of wild animals in Ohio, but I was not aware of that news at all until this morning, preoccupied on the day it was happening by local grief, the death of a dog named Wolf.

If you, too, missed that news, here is one of the recent stories about it. (I am not going to show any pictures of the dead animals, but they are out there.) This is a sad, sad thing, and surely better laws, education*, and awareness will result.

*Is this why my dream was set in an educational institution?

Meanwhile, I wondered about the impact of this event on a new movie due out for Christmas, We Bought a Zoo, based on a book about a real family who did this in England. Of course, the Wall Street Journal wondered the same thing, meaning economic impact, in their Speakeasy blog, in this piece, titled "Will the Exotic Animal Slaughter in Ohio Hurt the Movie 'We Bought a Zoo'?" 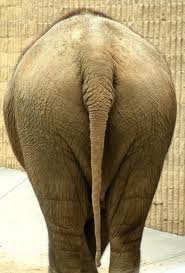 The money aspect occurred to me, too, but I was mainly wondering about the tact issue, the shared concern over the welfare of animals, etc., and the charm of the movie as presented in the trailer I saw at The Big Year (the film about birders that just opened). I told my friend Kim Kimmel, mother of Wolf the dog, how glad I was of a nice family film coming out at Christmastime, etc. So now I'm hoping the movie will help with the education and awareness aspect and the revive the animals in joy.

Bluer. Goodbye to Kayla, the dog of a friend.

So sorry to hear of the losses. Our "Seamus" who died last fall is still much in our hearts.

Have you seen the incredible "lion whisperer"? I shared the video on FB. I wish the people in Zanesville had one like him on the scene.

The story about the release and slaughter of the animals affected me deeply too. It's connected to a feeling of helplessness, that the world is so thoroughly humanized that the bigger beasts are completely at our mercy. A time when buying a zoo is the best we can do; it's a sad state of affairs.

This also made me very disturbed and upset.

Sorry to hear about the close-to-home losses...always a little less bright with the ones we love.

Dream scholars who believe in non-linear time (!) think we borrow images not only from the past for our dreams, but from the future. Please let your readers know that I did not give birth to Wolf, but my daughter did dream him into existence I think.

Goodbye to Wolf and the innocents in Ohio. Sigh, indeed.

I was on the receiving end of the therapeutic effect of the presence of animals a few times as a young child. We don't respect animals enough.

hard to lose pets; they really are family.
the release and slaughter of the animals horrified me.

I am just so impressed that you managed the hinged doorstop in your dream. What does this mean? I can't even work a cellphone in my dreams.

I think the outer event has affected the collective unconscious and is sending out ripple effects especially to sensitive souls like yourself. Not that I'm claiming similar sensitivity, but I had a similar reaction to the sudden cutting down of trees here in town, which surprised me, because our town is big on trees, at least in theory, but the trees were healthy, they were just 'in the way' in some way or other. It didn't seem like the most creative solution to the problem.

But I also think that a news event that gets to us in some way provides symbolism for what's going on in our own lives.So I would think about what wild energies in yourself need to escape an open preserve (and think about what a preserve is to you that it would need to be escaped, and how those energies fit into an 'institution' of whatever kind. Especially an institution that proclaims its educational nature. A bear that is attacking probably wants something from you. And the double door is an interesting element in the mix--a fun thing to play around with.

I don't think the movie will suffer.

Thanks for the camel. It is more synchronous for me than you know.

"The Big Year" was one of the strangest books I ever read. I'll have to try and catch the movie.

I don't much follow the news, and I don't think I'm going to look up that story. It sounds horrible.

Thanks to all for your sympathies, info, and dream interpretation. Seana, that is working itself out even now!

Also, re: dream interp & synchronicity, the phrase in my head that morning was "the wolf at the door" even though it was a bear at the door. And that's pretty straightforward...though still figurative.