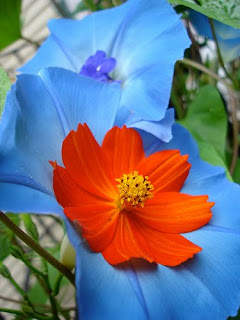 OK, here is the insight I promised at the end of Répondez s’il vous plaît. In a comment, I warned Seana that it might have something to do with Calvinism (or reformed Calvinism, or Calvinism as it is commonly...um, misunderstood, according to Marilynne Robinson, but that's another story), and it might. Or it might not.

But even Wikipedia understands that Calvinism understood as a response to the 5 points of Arminian Remonstrance has little to do with Jean Couvin (aka John Calvin), as "Calvin died in 1564 and Jacob Arminias was born in 1560." (Still with me, Seana? Anyone?) 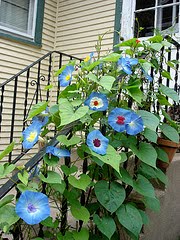 Anyhoo, I was realizing on Cranky Doodle Day that not only must I live peacefully and patiently without hope of reward, which I mainly do because there so seldom is one, and, of course, for philosophical and spiritual reasons and because I am nonlinear, but also I must live patiently and non-crankily without hope of response.

Likewise. Because there so seldom is one.

Even though not responding seems sort of ungenerous and unpolite, people have their own reasons for doing that, which have nothing to do with me. I have to just get on with it. I can be momentarily annoyed, and forgive myself for that, and then be as responsive and as patient and polite as I, personally, can possibly be, because that is who I am and who I want to be. If I behave badly in response to...the lack of response

But, to speak Calvinistically, I have to work to be who I am and I have to choose to be, um, chosen for grace, even if I am not, and even if I am. Head is trembling...*

I have to try to do the gracious thing even if people are ungracious toward me. 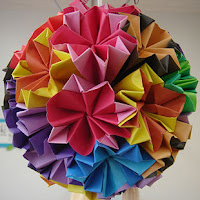 Ack! It comes down to Nike. Just do it. Anyway.

Thanks for the hybrid flowers, Lorel.
Posted by Kathleen at 12:53 PM

Origami Brain Syndrome affects thousands of people just like you (it's a commercial--can't you hear it?).

And watch out for any treatments...there are side effects.

Ask your doctor if Calvinism (Trademark) might be right for treating your Origami Brain Syndrome.
Otherwise, an adult beverage might be appropriate. This was my second day of going to a bank after work to straighten out messes. My ET (essential/intentional tremor) has been pronounced of late, and I suspect the bankers have me marked down as a suspicious character exhibiting nervous polygraph mannerisms. Sometimes I can forget all about my tremor. Other times I can't remember if it is an existential tremor or a transcendental tremor.

Hope your side effects aren't worse than your condition!

Is this retreat weekend?

Side effects of treatments for Origami Brain Syndrome include:

Thanks for the somewhat Calvinistic lesson. I go to a discussion group which is led by an ex-Lutheran Episcopalian so talk of the thought of these Protestant theologians is not as foreign to me as you might think. Faith and works, etc.

I was very struck by an essay (or feuilleton)by Robert Walser about how people move around in a big city annoyed because they each think they are the center of it and everything should bend to conform to their convenience. I've been noticing a lot how often I am exactly that person. But why should the universe accomodate me at all? It's weird that we can become so attached to our centrality, despite all the evidence to the contrary...

My orgami brain syndrome is that as many times as I've typed out feuilleton, I still can't spell it and have to check it out every time. And in fact, I just spelled it wrong again.

I think we should drive around the city in a phaeton together, talking about the universe, religion, and words, words, words.

Oh. Also, I didn't mean to be arrogant. (Terribly ungracious.) I meant to be funny. And feared I was boring. Sigh...

I knew you could follow me, Seana. I just didn't know if you'd want to...but you were very gracious. Thank you.

Oh, I didn't take it as arrogant, I just meant that the subject might be more interesting to me than you might suppose.

I really should read more of Robinson's essays. I've started Death of Adam a few times, but have gotten distracted, which I do.

OK, good, glad to hear it! It took me a while to read Death of Adam and also Absence of Mind. And now I desire the new one about reading, of course!!

Phaeton, huh? I have to admit that that word has crossed my mind recently too...

I think you have more fun than the average bear.

Did Dorothy Parker ride around in phaetons?

I have more fun, but I get less done. As to Parker, perhaps I shall find out.

Oh, I know all about Calvinism, Kathleen. I used to buy his underwear for my husband! Who knew he was famous for so many other things too (Calvin--not my husband). :D

Super Earthing! Your superpowers succeeded in folding the beautiful floral starburst thingeys back into alignment in my brain!!

Catching up on blog reading, and once again feeling a sense of kindred spirit as I read this post. Believe me, I am often having similar conversations with myself in my origami brain, minus the Calvinism since I was raised in the RC Church, the thought of which leads to another whole kind of origami brain. But anyway. Thanks.

Thank you, Molly! I am glad and honored to be one of your kindred spirits.

I think my connection to Calvinism is glancing, mostly in the realm of Protestant work ethic. But there's a deeper philosophical insight or complex layered thing that I understand in little glimpses...like sparks of fire as I dangle over a burning pit. Ouch!