Oh, how I love The Sun. I've been reading the July issue, excerpted past interviews with the late James Hillman, so much to think about.

Today I am thinking about his concept of the "empty protest" and find much comfort here. Some context: the interview starts with some criticism of the self-absorption of modern psychology, its tendency to focus on a "fixing" of the self, not the self's engagement with the world. He's trying to say feelings are important, but so is social justice; so is political action. How can the individual validate his or her feelings and act in the world, and maybe by acting in the world?

Near the end of this interview, Hillman says: 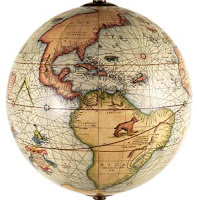 It's better to go into the world half-cocked than not to go into the world at all. I know when something's wrong. And I can say, "This is outrageous. This is insulting. This is a violation. And it's wrong." I don't know what we should do about it; my protest is absolutely empty. But I believe in that empty protest.

Now the "half-cocked" might be a little disturbing as an image, related as it is to firearms in our overly-violent, and often half-cocked, as in "inadequately or poorly prepared" definition, in American society, except that "half-cocked" is safer, as firearms go, than fully-cocked. The gun can't go off yet at half cock.

But Hillman's image is simply underscoring his point about 1) lack of a fully-thought-out solution (I like his honesty in knowing he doesn't have a solution for everything) and 2) his relative lack of power against, well, the "big guns," the power structure.

You see, one of the ways you get trapped into not going into the world is when people--usually in positions of power--say, "Oh, yeah, wise guy?" What would you do about it? What would you do about the Persian Gulf crisis?" I don't know what I'd do. I don't know. But I know when I feel something is wrong, and I trust that sense of outrage, that sense of insult. And so, empty protest is a valid way of expressing feeling, politically. Remember, that's where we began: how do you connect feeling with politics? Well, one of the ways is through that empty protest. You don't know what's right, but you know what's wrong.

I love that: his encouragement to express the feeling, openly, that something is wrong. His own willingness to express outrage, to speak up. We know, from history, what awful things can happen when people sense something wrong but don't speak up.

But, yes, the powers that be are always telling us to shut up, in subtle or overt ways.

So I'm going to keep speaking up when I feel that something is wrong. Even if I don't know what to do about it. Speaking up is a way to start (the ball rolling toward the kingpins).
Posted by Kathleen at 10:24 AM

I think Hillman personifies that Rilke quote. "Live your questions now and perhaps even without knowing it you will live along some distant day into your answers."

It's so interesting to think about this in terms of the Occupy movement, which at its height was always being criticized for just such empty protest.

I love how she says that she is not riled up, and she's not sure what to do about the information she has gathered (about the enormous and complex issue of HUGE lack of racial diversity in big gun publications). She's calmly pointing out a truth. Rhetorically, she is inviting her reader to be on the same team as her....many articles like this make the mistake of sounding accusatory toward the reader.

I love Hillman, too.....hope you week is going well.

Excellent post. So very often our gut knows something is wrong, but we hesitate speaking up if we can't provide a quick fix.

Thanks, you two! Too!

I tire so of people saying, "Well that's just the way things are," and/or, "Well, there's nothing you can do about it," and the like. It's great to have permission from Hillman to simply speak up for something, without having to have the solution ready-wrapped. Thanks for this post.