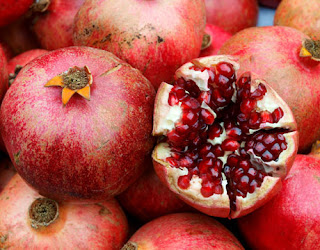 Well, it’s happened. You know how I was keeping a food diary, and I joked about “spicing it up” since it’s possibly best to keep in mind that someone will actually be reading your food diary, so you don’t eat totally unhealthy foodstuffs, etc.? Well, yesterday, I wrote this:

Before that, it was all Salade Niçoise, 8 almonds, hard-boiled egg (no yolk), 1/3 cup raspberries, ½ cup green beans, and that kind of thing.

I did not even say how many chips (because I did not count them; I ate from the bag, a no-no), how many glasses of wine (2 ½-ish) and that the cinnamon rolls were glopped with cream cheese icing.

I guess the lesson here is manyfold (similar to waistline):

1.  Do not buy fresh cinnamon rolls from the Jewel bakery, glopped with cream cheese icing, even though you are on an emergency trip to the store for milk and orange juice, butter and eggs, and all things breakfast-y, and have to get home quickly because daughter needs car for work, which is why you did not get to go to the Farmers Market in Bloomington, where the cinnamon rolls are as big as your head, so at least you didn’t eat two of those, or even ¼ of one of those, so that’s healthy! 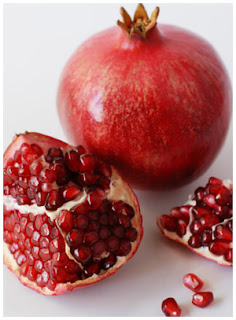 2.  Do not think that just writing stuff down will help you resist temptation.

3.  Remember that if you eat all-healthy and swim laps, etc., the added effort of writing it all down may tip you over the edge into a cream-cheese icing kind of meltdown (10 seconds in the microwave).

4.  Do not think that doing this on a Saturday night is any excuse, even though you can go to church and repent the next morning, because you don’t go to that kind of church, if any church really has a food-diary confessional booth.

5.  Do not think you can blame the barometric pressure, even though Kindergarten teachers sometimes do, to explain wild behavior in the classroom, even though a thunderstorm did follow closely upon the cream cheese icing extravagance.

6.  Nor the devil, who is unlikely to exist, except in the hearts of men (and food-diary-keeping women).

I don’t even want to offer a picture today, because it might be the French Toast Fantasy you can order and actually eat at Ann Sather restaurant in Chicago, with mascarpone filling.

P.P.S. OK, pomegranates, and their seeds, which kept Persephone (skinny) in the underworld. (It's like juicy red corn, way healthier than Insane Grain, a Beer Nuts product. Don't get me started.)

I was relieved when I realized that was dinner and not breakfast! Whew!

Hah! I love this post, and I'm a sucker for cinnamon rolls with cream cheese frosting myself, so huge sympathies.

Thanks for understanding, you two.

However, I just realized I AM having wine for breakfast today, Sunday, er, second breakfast. Breakfast #1 was a 1" cube of bread dipped in grape juice at church. Breakfast #2 = ham & cheese sandwich, salt & pepper chips, nectarine, and white wine. Why the wine? To continue the Jesus thing? To get me ready for poetry workshop? Or do I just become an utter slattern on the weekends?

Oh. Yes. I do. Officially. On Slattern Day.

Plus, I was given a pole bean seed at church. I did not eat it, and it has nothing to do with pole dancing. I am going to plant it, and have pole beans in August. I hope. Way healthier than coconut M&Ms.

I'm reading Frank Bruni's "Born Round". Your "transgressions" pale by comparison! (Bruni was NYT food critic at one point in his illustrious journalism career. To say he had/has "food issues" would be describing the problem mildly.)

I love the title. I wonder if I dare read it. But I do love reading M.F.K. Fisher on food!

Hey, that's ok. Indulgence is good because it's part of life! Allowing yourself cinnamon rolls is a good thing :).

What about wine for breakfast?

I do seriously believe in the barometric excuse, only partly because I teach preschool. I can go without chocolate and ice cream all year until tornado season. When those storms and green sky arrive, I NEED a tall glass of vanilla ice cream with chocolate goop and salted peanuts. Sit me down on the front stoop and eat it with an iced tea spoon. P.S. When you have wine for breakfast call it "brunch". Or go for champagne.

I went to a joint German lieder recital and talk on Plato the other evening at my friends' church. It actually worked rather well together but it was a long evening and it started right after work. The refreshments were wine and dessert. So Let them eat cake! was pretty much the only option. Delicious, but a little protein or vegetables with dip wouldn't have gone amiss.

I went to a joint German lieder recital and talk on Plato the other evening at my friends' church. It actually worked rather well together but it was a long evening and it started right after work. The refreshments were wine and dessert. So Let them eat cake! was pretty much the only option. Delicious, but a little protein or vegetables with dip wouldn't have gone amiss.

I believe in the barometric pressure thing, too, for the kids. I probably can't blame it for the cinnamon rolls, though.

Dang, exactly. I should have had vegetables and dip and cinnamon rolls and wine. A future brunch!!

I believe wine is as good as an apple a day. Then ther is rubarb pie with ice cream.

Rhubarb pie with ice cream sounds like an excellent breakfast to me.

Your musings about food journals made me remember some failed attempts of my own at food journaling, including a poem that I could never quite write the way I wanted it.

So, I wrote about keeping a food journal on my blog today (Monday) and included the poem:

Random Coinciday!! I just happened to read it, Kristin!