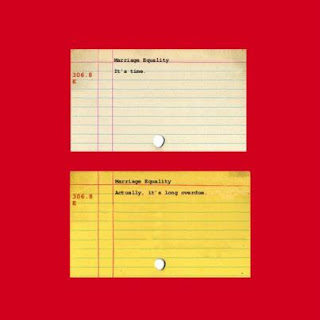 It's Thor's Day in the blog: I'm for marriage equality, and I love libraries. I'm not a librarian, but I play one on tv stage. I realized yesterday that I had played a librarian as Sara, who is also a poet, in Earth and Sky, by Douglas Post. And, of course, Marian the Librarian in The Music Man. Not to mention, um, though I just did, the Librarian in Middletown.

I was in Earth in Sky at the Theater of the Open Eye in New York, founded by Jean Erdman, a dancer and choreographer and theatre director, who was also the wife of Joseph Campbell, mythology guy I love! I remember reading the plaque on the wall when we were rehearsing and realizing where I was! 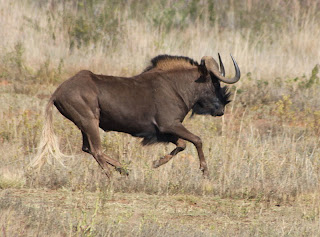 What I realized today is that Jean Erdman danced The One Who Speaks in Letter to the World with Martha Graham's dance company--that is, Emily Dickinson! Who gnu? So, definitely, it's also a Random Coinciday in the blog! OK, also? Jean Erdman and I have the same birthday!! This makes me inordinately happy.

Thanks to good old Wikipedia for everything and to derekkeats in particular for the dancing gnu, aka black wildebeest.

It's fascinating to see how the painting for equality has been transformed again and again. The few words on those library cards say it all.

Thanks, Maureen! Yes, isn't it amazing?

Found this wonderful picture of Jean Erdman while looking up some of your references here: http://www.streetswing.com/histmai2/d3jerdmn.htm

I bet you like playing a librarian, don't you?

Oh, fantastic! Thanks, Cathy!! Others who are interested: select the website & right click or whatever your program tells you to do to go there. StreetSwing appears to hold the copyright on this one!