Today, a sunny one, driving home from exercise class in my Scatter Joy baseball hat with a good brim, I witnessed what was nearly a disaster. This is to calm you in advance, to scatter joy (weal, instead of woe). As I came up to the train tracks, the signal lights began flashing, and the striped bars came down. I saw the light of the engine car as the passenger train approached the crossing.

And then, on the slight hillside beside the tracks, a man in a black winter coat walked straight toward the tracks, and on them, running a little as he touched the ties. The train was slowing and stopped.

The man was in black, not orange, like one of the manual signal workers, and not near the signal at all. He seemed a pedestrian, but in those few moments in which I leaned forward in fear for him, gasping, he was a potential suicide. I was feeling for the driver, too, wondering if his heart stopped. There was no awful screeching of brakes. The brakes had already been applied. But still...

A door opened, and a conductor stood there for a while, looking. He was too far away for me to tell if he was concerned, or talking to the man in black. Or what.

Then the lights stopped flashing, and the bars went up. It was safe to cross the tracks in our cars, and the train would pull into the station a little while later. Once home, I listened for and heard the horn.

I told my husband all about it, and he listened patiently, as a priest listens to confession. We've been dealing with a suicide that touched the family. Our hearts are open. 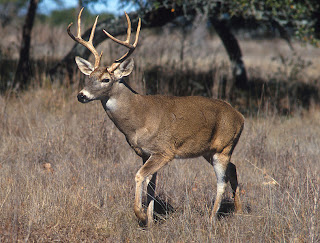 Then, eating my delayed brunch, I read a short story in the December issue of The Sun, something I had somehow missed when it arrived. "A Good Idea," by Craig Hartglass, about one man saving another from suicide. That wasn't a spoiler; you'll know right away. You can read it here.

What a great name, "Hartglass." Like a glass heart. Or a glass hart.
Posted by Kathleen at 12:19 PM

I shivered reading this. We have had so many suicides here on the D.C.-area Metro, the subway drivers always left to carry the unimaginable burdens of not being able to stop in time.

Have marked "A Good Idea" to read. Thank you for sharing it, Kathleen.

So glad there wasn't a tragedy. These charged, but only observed moments, linger and linger, and I can go a bit loopy trying to resolve the story. Glad you had such a good listener!

Unfortunately, we had a train suicide in our community just yesterday, and it happened to be someone with children in our school district. What a sad, frightening, and incomprehensible thing. I'm glad your man in black was okay, and I'm sorry to hear that you are struggling with that kind of loss.

Oh, so sorry. I read an article about the effects on train engineers. Alas! And, of course, we sympathize with the survivors, and the person who chose to leave, whose decision must have come from some terrible place.

Something like that would leave me shivering all day. I'm glad your hubby was there to take "confession." You'll never know whether the man in black is really okay or not; the world is so terribly full of people.

Thank you, Cathy. I know. That was risky behavior. I am still worried about him.

I'll try to remember to read that Sun piece tomorrow. I'm happy to hear that there was no calamity this time. But it's definitely another reminder to be gentle with each other, something I'm not always patient enough for.

"our hearts are open"....that says so much. i'm off to read your link now. thank you.