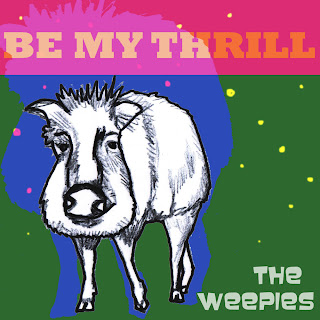 Imaginary soundtrack: Be My Thrill, by The Weepies.
(Click link to really hear it!)
OK, last night after watching the beautiful wind farm sunset out at my folks' house, and in between rounds of the New Yorker Caption Game, we watched the Wisconsin recall election returns via Rachel Maddow, etc., with hope and thrills. 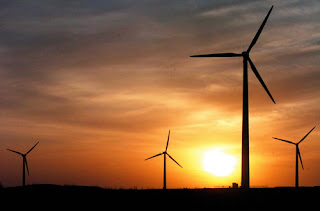 Democracy really is a thrill! I love it when the people speak, and it's interesting to see both sides claiming victory because, when we let real democracy work, we all win...or lose...together.

When we rig the system, only the powerful win, right?

Wisconsin's non-violent people's protests earlier led quietly and gradually to the great victory of having recall elections, a fairly rare thing and an accomplishment in itself.

In sad contrast, we have London burning. Perspective on that is yet to come. I've heard commentators call it pure criminal violence, a seething social unrest from ongoing poverty and injustice, a response to a recent shooting, and so on. It's probably a subtle, complicated mix of all this.

I think of Martin Luther King, Jr. alongside Spike Lee's film Do the Right Thing reminding us that if we don't "do the right thing" while the protests are non-violent they will become violent. And I am optimistic enough to think that we basically know how to "do the right thing" before it comes to that, and what the "right thing" is. We know when we are doing wrong, don't we?

Well, I've gone philosophical and universal, but to keep it to the United States, here is Part 1 of the Right Hand Pointing United States of America issue, and the editor's Note on disillusionment and the reawakening to beauty. (I think I will be in Part 2, next week.) In various ways, the people speak.

There's a Guardian article today about all the different language being used to describe what's happening in UK. Words, obviously, matter, but so does finding the root causes and doing something about them. Justification can always be found, and often is, for violence. I think of how all that energy could go to actions that don't destroy.