A Republic of Fat 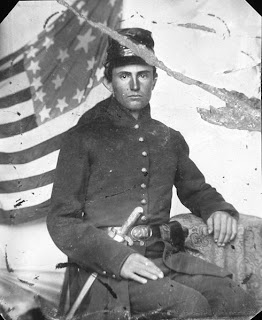 If you are a regular reader, you know I love coincidence. Well, I opened the book this morning ready to start the next chapter of The Omnivore's Dilemma, by Michael Pollan, and it is The Consumer: A Republic of Fat.

Yes, a Random Coinciday on a Fat Tuesday in the blog.

It gets better, or worse, depending on how you look at it. That is, we know we have  a national obesity problem in the USA, but this chapter spells out for me the contribution of HFCS (high fructose corn syrup) as the thing piling sugars upon sugars in our consumption. Yes, I was aware of its danger and the bruhaha about it, but I was surprised to learn that humans only started eating it in 1980.  (I know from previous chapters--The Feedlot and The Processing Plant--that what we eat is also what the animals we eat..eat, so 1980 is apparently when it first went directly into our food products.) So this is a 30-year epidemic.

But there was an earlier one! Corn whiskey! Earlier the corn surplus went into whiskey--we were drunken fools, and eventually this led to Prohibition. "Corn whiskey, suddenly superabundant and cheap, became the drink of choice, and in 1820 the typical American was putting away half a pint of the stuff every day."

The personal random coincidence is that today is my first rehearsal for the annual Discovery Walk at Evergreen Cemetery, and my character is Martha Rice, whose husband ran a store and got into a little trouble during the Civil War for offering to sell corn to Southerners. He was from Kentucky, famous for bourbon whiskey, and some of his corn might have been destined to wet the whistle of a Confederate soldier.

And the Union soldier above is Private Samuel K. Wilson, of the Illinois Volunteer Infantry, taken by Mark A. Wilson, of Wooster College, where my dad went to college, to round out this Random Coinciday!
Posted by Kathleen at 7:15 AM

Certainly an interesting post, even with the great and random coincidays.

I am always so intrigued by that Evergreen Cemetery Walk. Do you play a different character every year?

Corn has a lot to answer for in this country.

I do love corn, even in its Beer Nuts incarnation as Insane Grain. But, yes, the wild business/money-making appropriation of field corn is stunning...and how it has complicated and rather messed up our environment, human and animal health, and economics. Sigh... We could, if we wished, CHANGE things, still grow it, use it differently and keep-but-change the almighty JOBS, but people don't like change...or the mild suffering that is temporary on the way to a good thing.

Yes, Seana, every year a new character--who is an actual dead person buried at Evergreen. Some years are anniversary years, and previous characters are brought back for a return visit. It's to remind local residents of past residents, to educate the community on local/state/ national history, and to reduce vandalism in the cemetery. It's working! And is also a very popular entertainment.

Sounds great. It's funny, but we have an Evergreen Cemetery in Santa Cruz as well. It's a cool place to visit, though I haven't been there in awhile.

You might get something going in your Evergreen Cemetery. (Hmm, that sounds funny, too!)

It would be fun, but I am not really the organizer type. For all I know, they already do something along those lines. Or something related to the historic nature of the cemetary anyway. I'll have to check it out.