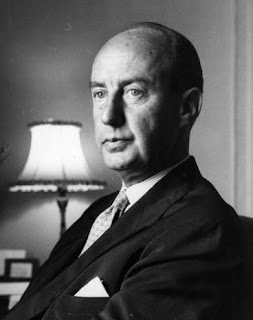 Day 233 of the “What are you reading, and why?” project, and what was I thinking 232 days ago?  How can I, a math-challenged, technology-challenged person, possibly keep up with a blog in which every single day I tell you what someone is reading, for a full year, or 365 days.
I am sure to lose count (and probably have) and/or cause my computer to explode (a constant nagging worry).
Actually, it is going quite well, and what’s thrilling is that people are reading!!
Here are some of the things people are reading this week, in this hump-of-the-week-hodgepodge blog entry:
1)     Living Downstream: An Ecologist’s Personal Investigation of Cancer and the Environment, by Sandra Steingraber.  As I told you, Babbitt’s ordered it, the new, updated, second edition, and the books are in ($16.95).   I got mine, in advance of the showing of the documentary based on her book to be shown at the Normal Theatre, Sunday, October 17, at 1:00 p.m.
2)     The Used World, by Haven Kimmel, because those books came in, too, delivered by Kim to our women’s book club.
3)     Waiting for Snow in Havana, by Carlos Eire, as I told you yesterday (right before that bird woman got laid in that nest…er, hmmm), in advance of his arrival in Normal.
4)      A big stack of science fiction, found by a guy who comes over from Springfield about every 6 months.  He appears to have found all these books in the regular shelves, not the bathroom shelves.  (Yes, we have spillover science fiction in the bathroom at Babbitt’s.  Perhaps “spillover” is not the best word.)
5)      Max Erhman: A Poet’s Life, a memoir by the poet’s wife, Bertha K. Erhman.
OK, I don’t know if anyone is actually reading this particular book, the one I handled at Babbitt’s on Monday, but I was reading the first few pages of it to figure out who he was.
Guess who Max Erhman was?!  The guy who wrote that prose poem “Desiderata” that is everywhere!  For instance, you can click here for it!
He wrote it back in 1927 or so, it circulated among soldiers, it went out in his Christmas greetings, it caught on gradually, was attributed wrongly to others and to another era, as you can read here, and then, in 1965, guess who made it famous and popular again?!
Adlai Stevenson!  By dying.  Apparently, Adlai Stevenson was also going to send out “Desiderata,” which means “things to be desired,” in his Christmas card that year!
As I have mentioned here, I will be playing Adlai Stevenson’s mother, Helen Davis Stevenson, in Evergreen Cemetery in October.  Looking over at his grave.  And mine.
And guess who rode his bicycle to Evergreen Cemetery for Adlai Stevenson’s funeral?  Carlos Eire!
Posted by Kathleen at 1:12 PM

Well, I was in the MILLIONS of people that lined the streets of Bloomington for Adlai Stevensons funeral but I did not see anyone on a bicycle.

Kim and Jill were there with me too. We really wanted to see Johnson but they didn't let his head out of the car.