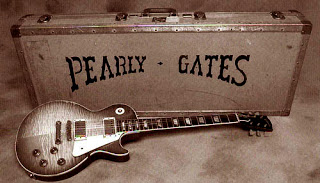 Day 213 of the "What are you reading, and why?" and Ciel is reading The Diary of Anne Frank for a special project at school.   Later in the day, a woman commented on the wonderful decision by those who took Anne Frank and her family to leave her papers behind.  Still later, a man came in and bought a book on Hitler, still trying to understand that horror, and how it seemed obvious from speeches and gestures that the man was full of hatred and anger.  "Of course, I have hindsight," he said.  He acknowledged that many people were trying to work against him from within.  "But he had them all killed, early on."

So it was a day of trying to understand horror and paradox.  A young man came in asking for books on Christianity.  He walked out with the Koran. My co-worker Sarah said she hoped he wasn't going to burn it.

Another man walked out with A Good Scent from a Strange Mountain, by Robert Olen Butler, winner of the Pulitzer Prize.

OMG, Robert Olen Butler is tweeting from Hell, and collecting books with inappropriate titles, like Invisible Dick! Who knew? Clearly, not me, not until today.

I might have to create a new genre: invisible dick lit.

A lot of Lincoln books came in, including Manhunt, by James L. Swanson, among the books I bought to put on reserve for my students when Abraham Lincoln was the general topic for the research paper that semester.

Happily, a young woman found I Capture the Castle, by Dodie Smith, for a friend. Dodie Smith, I always forget, wrote 101 Dalmatians!

And somehow it seems appropriate that, finally, the white morning glories have begun to open, the ones called Pearly Gates. I haven't seen a moonflower yet, also planted from seed this spring, but the white morning glory that opened today was open in the shade all afternoon.
Posted by Kathleen at 8:08 PM

I read I Capture the Castle after an NPR story about "greatest first lines." It begins:

I write this sitting in the kitchen sink.

The rest of the book did not disappoint either, as I recall. And in an unusual occurence, for me anyway, I loved the book and the movie equally.