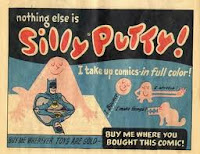 Day 220 of the "What are you reading, and why?" project and today--and here's why I love my job in a bookstore--a man bought an old book, just barely holding itself together, called The Science of Art and Music.

He wants to read it because "there are some things in there I need to learn."  Turns out he's a composer.  He's almost there, he says, but he wants to get better.

And then!!  He recited his song to me!

It's a lovely song, based on a historical letter.  I won't say more, because it's his song, and he will offer it to the world someday.  But he said that it was all letter in its first life, and he listened to a friend who said he needed to set it up better, so now the first verse is a sort of prelude to the plot revealed in the letter!

And I can say from listening that he does a good job with that, as the transition is seamless.  It must be quite lovely set to music.

Plus, there were lots of kids in the store today, probably visiting the children's museum down the street.  One toddler in a stroller could hold Goodnight Moon (the washable board version) with his eager feet as easily as with his very excited hands.

One little girl was enamored of Joan Walsh Anglund while her mom was looking for a particular edition of Good Wives, the sequel to Little Women, by Louisa May Alcott.  I didn't know there was a sequel.  That is, I somehow thought Jo's Boys was the sequel, and Little Men, the equal time for men book.

And one little boy came in with his mom just to wait for their ride.  He promptly set up his toys on the floor in front of the New Arrivals shelf.  When I heard, "Where's your Silly Putty?" I appeared with a gentle reminder that a vintage bookshop is not the best place for Silly Putty, and the mom understood right away.

The nice thing about Silly Putty is that it holds together and doesn't stick much!  The bad thing is that it can remove some illustrations.  Anyhoo, all was well.

Then, of course, there's Napalm & Silly Putty, by George Carlin.
Posted by Kathleen at 7:31 PM