Driving on a Spare 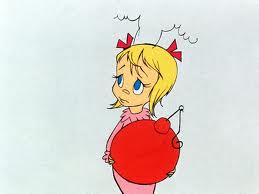 Since Friday morning’s flat tire, I’ve been driving on a spare. Not very far, just for local errands.  This morning, downtown to the indoor farmers market at the museum—soybeans, organic flour, zucchini. Supporting local farmers and a cultural institution, mingling with real people. Since Friday afternoon, when I heard the news about Connecticut, I’ve felt like a flat tire—deflated, dysfunctional, in the midst of being replaced. But connecting with others and doing small homey things has felt right.

I’m sad about my country. We’re sick. We’re polarized. We demonize each other. We politicize everything. We live driven by the desire for money and power. We live driven by fear. I don’t want to live this way, but I am stuck in a society in decline, like the Roman Empire (as people have been pointing out for years.) America is a clock that’s winding down. 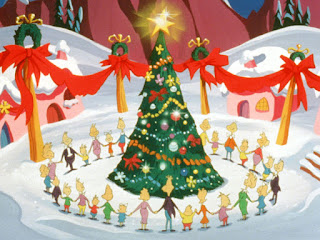 The relentless cheer-fulness and be positive crap gets to me. It’s a kind of denial, causing Americans to be “brightsided,” as Barbara Ehrenreich would say. If you point this out, you’re considered unpatriotic, negative. Whistleblowers get fired, etc. But somebody’s got to say there’s something wrong. Real hope isn’t faked and isn’t a cliché. It happens in the face of real sorrow, shame, anger, and despair. Real positivity takes quite a bit of real courage, I think. It’s not a simple set of rules to follow, or pretend to follow (while you are out aligning yourself with money and power). Real love is genuine. You feel it.

I’m glad for the tight little spare I carry around for the times I get deflated. It’s sort of like the Grinch’s heart, I guess, “two sizes too small.” But it does the job. Tomorrow I’ll sorrow with others; we’ll stand in a circle and sing, like Whos in Whoville. Monday, I’ll get a new tire, the right size. Tuesday, maybe my heart will be huge, and I’ll have love to…spare. Yes, to spare, to waste, to fling about like glitter that’ll get stuck on everything.
Posted by Kathleen at 3:58 PM

Thank you, Ren. Just spoke to my mom who had been traveling yesterday, spared by books on tape in the car, learning of it all when the book finished and the news came on. They are going to a production of Matchgirl tonight, a ballet on the Andersen tale, "The Little Matchgirl." In a way, it will be a way for people to come together in Whoville. Sadness, as the little girl dies. Joy, as the dancers include lots of little children, full of life.

I really identified with this one, and have been feeling the "winding down" of "Rome" since I became an adult, finding hope in other things now.

It's good to connect, Natalie. And good to find hope where we can, so I'm glad you are. I feel us pulling together, even as we have varied responses to this as a country.

Half of my parental influence was positive thinking and the other was negative thinking, and I got a fair share of both, which is confusing to people sometimes. Not to sound too saccharine, but I sometimes do a three things I'm grateful for litany at night. It's not hard because anything counts--cable television, beer, whatever. But last night I thought, you know, it wouldn't hurt to add one thing you're not grateful for. That cheered me right up. Also not hard to come up with.

I like the way you think, Seana! And I, too, had two main strands of upbringing. I think it helped me be realistic.

The yin and the yang.