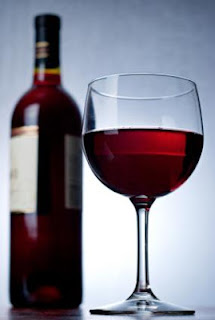 He was born and lived in Shiraz.  Shiraz is a kind of wine.

Hafiz means “memorizer.” It’s for people who know the Quran by heart.

He wrote a bunch of ghazals.  Pronounced guzzle, as in wine.

His other name was Shams-ud-din Muhammad.  Rumi had a friend named Shams.  I like Rumi. Sue me.

Hafiz was a Sufi master.  (I might be part Sufi.*)

from “The Life and Work of Hafiz” by Henry S. Mindlin (the introduction to The Gift, poems by Hafiz, translated by Daniel Ladinsky): “In the West, Sufism is usually regarded as a form of Islamic mysticism.”

Despite my ecstatic desert moment, I am no Islamic mystic.  But wait:

“However, the Sufis themselves say their ‘way’ has always existed, under many names, in many lands, associated with the mystical dimension of every spiritual system. In ancient Greece, for example, they were identified with the wisdom (sophia) schools of Pythagoras and Plato. At the time of Jesus, they were called Essenes or Gnostics. After Muhammad, they adopted many of the principles and formulations of Islam and became known in the Muslim world as ‘Sufis,’ a word given various meanings, including ‘wisdom,’ ‘purity,’ and ‘wool’ (for the coarse woolen habits of wandering dervishes).”

Yes, dervishes! Rumi was a dervish! Alas, I cannot whirl. Neither can I spin.

I can wear wool. Unless it is itchy wool.

Thanks to diaz, flickr, and Wikipedia for the whirling dervishes! From Rumi Fest 2007. Yes, Rumi Fest!

Here is a poem by Hafiz:

Stop Being So Religious

What
Do sad people have in
Common?

It seems
They have all built a shrine
To the past

And often go there
And do a strange wail and
Worship.

What is the beginning of
Happiness?

It is to stop being
So religious

Thanks for posting that wonderful Hafiz poem. The Sufis really get it that religious texts are supposed to be understood in a poetic sense, not so literally.

Thank YOU, Jeronimus! Your comment helps me understand what he is saying, too. I think the centering of the poems, in Ladinsky's translations, must be to set up a whirl!!

If you stand very still sometimes the world will spin around You.

I think that would work better for me. Thank you!

Ladinsky makes these poets so accessible. I don't think Hafiz, Rumi, et al would be nearly so popular without his translations.

Thanks, Maureen. I have Coleman Barks's translation of Rumi, loose translations, and I like them.

Oh, but this is a wonderful poem! At work, we have some Hafiz and a mess of Rumi on the shelves (plus some Mirabai on the hold shelf, but no one's bothered to pick it up after six months). Maybe I should read them, eh? I was afraid it was like Khalil Gibran, whom I had to read for high school (in the English class of one of my non-horrible teachers), and didn't especially care for.

Well, yes, some of Hafiz is pretty general, and even ecstasy can get tedious.

Anyhoo, but there are wonderful honest stellar moments and much whirling beauty in Hafiz. There's a quality of "been there" in him, of joy that contains a long struggle... or search. So the release is good.

On my new list for 2013 I will put Rumi. Thank you for spinning or not in your PJs.

I really liked the poem you included. Other than a name I recognize from reading an old biography of Sir Richard Francis Burton I know nothing about the Sufi's but I was drawn to the universalism expressed in the Mindlin quote. Now I have another reading assignment before I can start to feel educated.

Our pastor often treats us to a bit of Rumi when communion is all done and we have had some silence. And when he presents a night of poetry, Rumi and Hafiz make regular appearances. If I had to clear my shelves of 90% of the books, I'd keep Rumi and Hafiz.

Thrilling to hear, Shannon. I have been loving Rumi for a while now, but hadn't yet explored Hafiz, though advised to do so some twenty years ago. I am a fool.