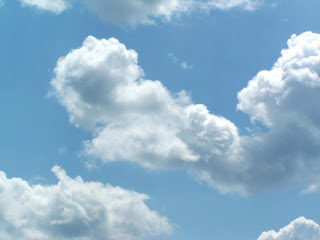 Day 137 of the “What are you reading, and why?” project, and today is a hodge-podge, potlatch, tie-up-the-loose-ends-of-random-coincidii-collage entry that I thought of entitling “Caliban as a Fiddler Crab, Moral Beauty, and a Boob Job,” but it would have made an awkward, unwieldy header and might have attracted unwelcome email messages.

Recently I blogged on Oscar Wilde who mentioned Caliban in the preface to The Picture of Dorian Gray, and Walter Pater, who spoke of moral beauty in a preface to Dorian Gray. Suddenly last night I got to see Caliban under the stars in The Tempest at the Illinois Shakespeare Festival!

Babbitt’s Books staff were invited to opening night, as we created a bookcase of Shakespeare books for their gift shop, and we offer a discount to actors, crew, and staff who visit the store! I saw one of our customers, who had just been in, and who said he, too, had just suddenly been invited, and wished he’d had a chance to read it first. “You can read it now,” I suggested, “and have this production fresh in your mind!” We both loved the circle of blue sky with clouds on the floor, on the back of the set, and on Ariel’s back, that blue-bodied spirit!

Each time I see a production of Shakespeare, I love to see what will come through most vividly to help me understand a particular element of the play I’ve not understood with my whole body and soul before, even if I “understood” it intellectually or had it explained to me in a class or by a critic. That is, what does the particular production make available to me and to everybody else in the audience, whether or not we all respond to it, or interpret it exactly the same way?

I’ve mentioned the blue sky with clouds aspect of the set (which corresponded to the actual weather yesterday: blue sky, puffy white clouds, transforming gradually into gorgeous clear night, nearly full moon, scatter of stars and lightning bugs) and I’d like to mention that two stairways moved from brown below to blue above as they approached the actor balcony and the ethereal realm. But there was also that circle of sky mirrored on the floor!

Caliban—half human, half monster—was marvelous, blotched, and fishy, with a golden fiddler crab-like claw on one hand. He touched me deeply when he spoke to the human visitors about the music of the spheres, the celestial music of the spirits—Ariel and his blue band—that he hears all around him as a matter of course, and which stuns and frightens and delights the humans hearing it for the first time. This Caliban also moved me in his pleas to Prospero. “I loved you,” recounting the early attentiveness Prospero gave him. Then, human monster that he was, Caliban lusted after Miranda, or that is Prospero’s excuse, anyway, for the withdrawal of love from Caliban…gave me pause!

I was moved, too, by Ariel, in service to the magical Prospero, enslaved, enthralled…. Ariel does everything he is asked, in return for his freedom. (I am reminded of the blue genie in Disney’s Aladdin.) And Ariel teaches Prospero a deeper compassion. Ariel would feel something for these dreadful suffering humans “if I were human,” he says! Gives Prospero pause, and helps him access his own empathy and forgiveness.

Then, deeply touching, Ariel is free. The actor’s body takes in the reality of that, the loss of Prospero as master, friend, and companion on the island, and then, deeply satisfied, runs off, free! There is no sentimental, out-of-character hugging. He’s just gone!

And Prospero, now truly humbled, even wiser than before, with only his human powers, asks for our hands in the traditional epilogue. And we applaud.

So what came through for me this time was that compassion and forgiveness are sweeter than revenge, that we ought to love our monstrous flawed selves, that we ought to behave responsibly and with love (both Caliban and Prospero learn this lesson!), and that our human selves are enough on this earth. We can let our spirits run free.

The Babbitt’s bookcase in the ISF gift shop now displays my first poetry chapbook, Selected Roles (Moon Journal Press, 2006), which contains poems in the voices of several Shakespearean characters, including Miranda! I was in the Illinois Shakespeare Festival way back in 1981! (Selected Roles is also on the local authors shelf, and online, at Babbitt’s—always only $5!)

Caliban as a fiddler crab reminds me of Fiddler Crab Review, a marvelous online blogazine dedicated to reviewing chapbooks, old and new!

I have a chapbook by Susan Slaviero, who tells you what she is reading frequently in her blog, Mythology and Milk.

Likewise, Sarah Sloat in the rain in my purse. People keep telling me they loved what she said in the little interview I posted here, to time with a review of her chapbook, In the Voice of a Minor Saint (Tilt Press, 2009), at Prick of the Spindle, and they want more interviews with poets! So I will try to accommodate.

On that, I am thinking I might review/interview here in the blog if you to send me your poetry book or chapbook c/o Babbitt’s, so let me check with my boss about that. I would like to receive the book at the bookstore, have the option of reviewing it here or at the bookstore blog, and also have the option of keeping it, passing it on to a poet friend, or selling it gently used at the bookstore so a poet who can’t afford it new can afford it used, so it gets another reader, and so the boss can receive a bit of economic return for housing it, and for listing it online at the store database. Your thoughts on this?

Likewise, that would carry on the spirit and tradition of my reviews at RHINO, and I am waiting to hear whether they want me to do something similar again for them!

And what about the boob job? OK, I am now reading The Girl Who Played With Fire, by Stieg Larsson, having finished The Girl With the Dragon Tattoo in time to see it tonight at the local theatre, and somebody gets a boob job. Why?! There is a reason, but I am dubious about it, and don’t want to be a spoiler, etc., but it is making me think hard about how much of the trilogy is truly devoted to feminism, and how much is sex-sells-and-makes-for-a-blockbuster-movie-version. So I send you to Seana’s blog entry on another book, using the Steig Larsson phenomenon as a contrast. Much to ponder!

And, finally, one of our Babbitt’s customers yesterday was the woman who ran the spotlight for The Tempest last night! And Julie Kistler was in the opening-night audience, too, to review the production for her blog, A Follow Spot! (Don't know if her review is up yet, but it will be, and there's plenty of fun stuff to read in her blog!)
Posted by Kathleen at 10:35 AM

How fun that we used almost identical art for our discourse on "The Tempest"! I also felt Caliban and Ariel were standouts last night. I floved the golden crab claw and the blue body art.

And it was indeed the boob job I was referring to the other day when I asked whether you thought all of the violence against women in the Girl Who books was really meant to shine a light on and condemn the dark, horrible world as Stieg Larsson claimed, or if it was just nasty and misogynistic after all. It's not the boob job alone, but the view of women it represents after so much violence and evil.

I had the ISF art earlier because I could not find the newspaper photo online of Ariel's blue back & clouds. So I got the sky later.

Saw the Dragon Tattoo movie tonight. I think if the boob job is 1) part of masking identity and 2) part of sexual uncertainty (damage after abuse, etc.) it is probably psychologically sound. As to the author's attitude toward women, I'll have to see what I think after reading all 3. I think rage against women, and rage against men who rage against women might look remarkably the same.... I think that might tie in with what Caliban and Prospero learn....

Today I was thinking about Caliban, having watched Richard Clifford perform the role in the Folger Consort's presentation (to Derek Jacobi's Prospero, and Holly Twyford's Ariel / Miranda) two weeks ago. I was comparing his performance to my recollection of a short film of a piece by Julie Taymor which had Caliban wearing a blank stone-like mask. I mentally contrasted both Clifford's oily brute and Taymor's stark figure with Poul Anderson's "A Midsummer Tempest," re-read last year, and telling (in very small part) the tale of a post-Tempest infatuation of Caliban's.

Like today's blog, "A Midsummer Tempest" is a round-up - of characters in that case - from Prince Rupert of the Rhine (a nephew of Charles I, if I recall correctly), to Caliban and Ariel, cameos by a lean hatchet-faced British detective and his somewhat heavyset amenuensis; and scattered characters from various Poul Anderson novels (Ogier le Danois, a werewolf, a witch, and their daughter).

Lessons in being human are what they have in common - mercy, and forgiveness. At least, you can find that in the Tempests, old and new. (The quality of mercy may be a little strained in the case of the Girl in the Millenium trilogy.)

Alas that we cannot see nor read "Love's Labour's Won" - that unless some pages are found tucked away in some stately mansion's study, or some university library, we are limited to the published plays. Still, they provide fertile soil for both performer, and eager reviser. It will be interesting to see Julie Taymor's latest Tempest when it comes out later this year, with Helen MIrren as "Prospera."

Thrilled to hear that Taymor is doing Tempest. Loved her Titus--which is a bit Millenium trilogesque, eh? Prospera, huh. That's an interesting twist.