What the Party Girls are Reading 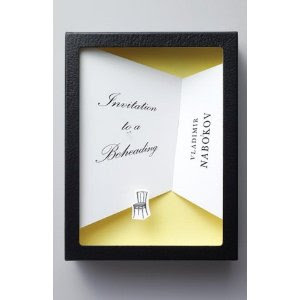 Day 139 of the "What are you reading, and why?" project, and since I attended a party last night, I'll tell you what the party girls are reading.

Nancy is 2/3 of the way through the Millennium Trilogy, so she is about to read The Girl Who Kicked the Hornet's Nest, and brought The Girl Who Played with Fire to another party girl because she had just finished it, and Lynn, the recipient, had been hooked by The Girl with the Dragon Tattoo. I saw the Dragon Tattoo film Friday night, and really liked how it cut out extraneous information (and love affairs) and focused on the central characters. It also brought in a bit of plot from the other books, a sort of foreshadowing.
It really is a kind of wildfire, this series. I heard about it first from people in the bookstore looking for it maybe before Christmas, then from a friend in January. Then at a party in February, the hosts were reading it, and about every week since, I've run into someone who is reading it, which is why I finally did, to see what all the hoopla is about. I wonder if the hoopla is partly because of the untimely death of the author.
Judy is reading Mohawk, by Richard Russo, because she loved Bridge of Sighs. I love Russo, and so do my parents, who were the ones who told me about Nobody's Fool. I gave Straight Man to my chair when I left an English Department! Party girl Lynn also enjoyed Straight Man. I am way behind on my Richard Russo and must head to the library! The last Russo I experienced was The Whore's Child and Other Stories, on audiobook in my parents' car on a road trip to Ohio, and it made me check out the book from the library to read them all, after hearing a few.
On Judy's to-read stack is the E. L. Doctorow book Homer & Langley, a novel based on the real-life Collyer brothers, famous for hoarding stuff in their brownstone on 5th Avenue in New York, living there, and dying there, having retreated from the world into their own world. Why?!
Kristi is reading The Guernsey Literary and Potato Peel Pie Society, by Mary Ann Shaffer and Annie Barrows, because it was a Christmas gift. On her to-read stack is John Irving's Last Night in Twisted River, because she loves Irving, as do so many people I talk to, including me (yes, I talk to myself!). Kristi also recently enjoyed reading the Nanny Diaries, by Emma Mclaughlin and Nicola Kraus, recommended by party girl Judy, who had witnessed the kind of thing in the novel when she managed a building of fancy condominiums.
Kristi also enjoyed, if that's the right word for a surreal novel about a vague crime, Invitation to a Beheading, by Vladimir Nabokov, which she got for $1 on a library sale book cart!! When Kristi described it to me, it sounded like Kafka, and I see that the mini-reviews at Amazon do refer to The Castle.
Yay for library book sales! And yay for libraries and interlibrary loan, which Lynn thanks for the chance to read The Avengers, by Rich Cohen, and The Looming Tower, by Lawrence Wright. Lynn said Cohen was someone who grew up hearing that Jewish people did not fight back during World War II, but then met and interviewed a number of Jewish resistance fighters, the "avengers," for this book. She hopes everyone will read The Looming Tower: Al Quaida and the Road to 9/11, a Pulitzer Prize winner, so we can better understand what is really going on with Islamic terrorism, and Osama bin Laden in particular.
In thanking the Chicago Public Library for the opportunity to read these books, Lynn also shared the news that there's a tiny CPL branch now in the actual downtown Water Tower, along with a tiny Hot Tix booth, and a tiny, but very, very good coffeeshop!
Posted by Kathleen at 9:05 PM

Love the boxed collage! And your new blogroll.

Thanks! I didn't make this one. It's the cover of the book. I love it, too!