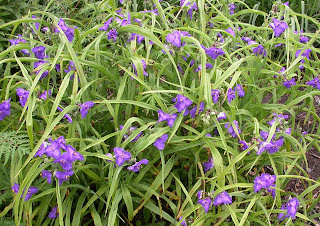 Day 126 of the "What are you reading, and why?" project. Judy is reading The Tudors, by G. J. Meyer, presumably because she enjoyed this author's book A World Undone: The Story of the Great War, mentioned at Facebook in connection with this one.

So many people have been fascinated by the Tudors, and so many books and films have told us the Tudor stories. Meyer suggests that legend has entwined with reality in the various accounts of Henry VIII and his wives and the reign of Elizabeth I, so he wanted to present a truer picture:

"The true shape of the Tudor story has been long obscured, even for leading historians, by religious controversy and differences of political ideology. It is only in the past couple of generations, as ancient passions have cooled, that the story has come into clear focus, and too often it has done so only for the historians themselves. For the public at large, the truth has continued to be overwhelmed by old legends with too little basis in fact. My hope for The Tudors, as it goes to press, is that it will help to bring popular understanding of one of history’s most deservedly famous dynasties into closer alignment with reality."

Hence the subtitle The Complete Story of England's Most Notorious Dynasty.

And I am blogging this morning thanks to the thunderstorms rumbling all around me. I drove to the pool as usual early this morning, but now it's not just lightning seen but thunder heard that delays, in 15 minute increments, our ability to get into the pool for early bird lap swimming. So this early bird caught no swim.

And the daisies, just opened, have taken quite a pummeling lately, as have the fragile golden columbine. But it's great not to have to water everything, and to see how everything is thriving and green! And I loved my train trip this weekend, all the blooming fists of spiderwort along the train tracks.
Posted by Kathleen at 7:45 AM