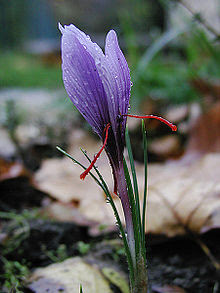 Day 114 of the "What are you reading, and why?" project, and David, with whom I will be swimming soon in the early mornings, is reading "the next Zafon novel." Because David is a Spanish teacher, he may be reading it in the original Spanish, but I would need to read these novels by Carlos Ruiz Zafon in the translations by Lucia Graves.*

And it looks like I will need to, because they are about books! Or this one is, anyway:

The Shadow of the Wind is about a boy named Daniel whose father is a bookseller. He takes Daniel to the Cemetery of Forgotten Books (were Barbara Pym's books there for those 20 years she went out of style?!--see yesterday's entry...), where he chooses, yes, The Shadow of the Wind, by Julian Carax. And now I know I will get confused by the many character names, and lost in the "Borgesian labyrinth" as Richard Eder calls it in his New York Times review. Let's just say the Devil makes an appearance.

(Which reminds me of one of my favorite books ever, The Master and Margarita, by Mikhail Bulgakov. Anybody reading that right now?)

The Shadow of the Wind takes place just after the Spanish Civil War, in Barcelona. And now the lovely, funny song "Barcelona," from the musical Company, will be playing in my head for the rest of the day. As will one of my favorite lines of dialogue, ever--forgive me: "I'm a living thing, too, you shithead." Oh, my whimsical mind, God help me. (God has surely averted his/her/its eyes from my book blog, and yet will also forgive me.)

Anyway, Wikipedia informs me that Zafon was controversial in Spain for writing his novels in Spanish rather than Catalan. And that the follow up novel to Shadow of the Wind is actually a prequel, The Angel's Game. And, in another attack of whimsy, I keep hearing the author's name in my head as "saffron," an expensive yellow spice. Hence, today's picture of a saffron crocus.

*Translator Lucia Graves is the daughter of Robert Graves. Phyllis is reading I, Claudius, a perennial favorite, by Robert Graves! And Phyllis is an excellent cook, who probably has some saffron in her spice cabinet.

(They are going to bury me in the Cemetery of Forgot What I Was Writing About.)
Posted by Kathleen at 8:01 AM

I read "The Master and Magarita" in a Russian lit class in college and have forgotten almost everything about it. Clearly it's time to reread! My favorite from that class (or another one -- I had several Russian literature classes with a terrific professor whose name I don't remember, but I do remember he was handsome and he didn't get tenure and we were all bereft) was "A Hero of Our Time," by Mikhail Lermontov, and that, at least, I remember.

I am singing "Remember" from "A Little Night Music" to myself, to accompany your "Barcelona." It seems we are infected with Sondheim in our daily lives. Which isn't a bad thing at all, is it?