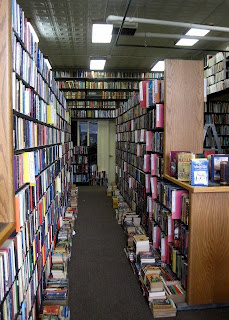 Day 130 of the "What are you reading, and why?" project, and Dustin is reading The Innocents Abroad, by Mark Twain. I hope he will tell us why! (I owe Dustin a letter, snail mail (!), but I hope he will forgive me for writing not to him but about him...for the moment.)

The Innocents Abroad is sort of a travel book, one famous for a version of "the ugly American" and for spoofing just about everything, including religion, as the tourists are headed to the Holy Land. So keep that in mind as you embark on summer travel.

Mark Twain is famous for his humor, of course, and for his sadness later in life, for being the father of American literature as the author of The Adventures of Huckleberry Finn (sometimes banned these days, for using the language of its time), and for coming in and going out with Halley's Comet.

I am just now reading about Mark Twain's feud with Bret Harte! They were friends early on, and I'm not sure yet what happened, but I will find out in the Literary Feuds book, by Anthony Arthur, which I did pick up off the floor in the bookstore above.

So far I know that Harte was successful first, and that some think he veers toward the sentimental in pleasing readers with the good side of the West, keeping silent about the bad. And that Samuel Clemens was very ambitious, and had to get the heck out of Nevada for insulting a lady...and having her husband come after him with a gun. And, as in The Innocents Abroad, Clemens (Twain) was not very tolerant of anything sentimental. So, we'll see....

(Some people think I am sentimental, maybe because I cry at Hallmark commercials. But I promise you that, while I can be jerked around, I will not jerk you around.)

Now I am 1) very hungry for breakfast, but 2) off to swim, as I was advised to try the later time, to avoid the crowds. Yes, there are crowded lap-swim lanes at 6:30 in the morning.

More books, and more feuds, to come!
Posted by Kathleen at 7:16 AM

Is Lillian Hellman in the Literary Feuds book? She seems like the right type. Also, I'm wondering about Mark Twain/Sam C and the Shakes. I know MT/SC thought that Shakespeare didn't write his own plays and that seems so odd for someone of Clemens' obvious smarts. I like Bret Harte, too, though, so maybe I'm just not Mr. Clemens' type. But I do like Halley's Comet... Conumdrums!

Lillian Hellman is indeed in the book, feuding with Mary McCarthy.

The author has selected people feuding with people who can feud back, so Twain is not feuding with Shakespeare (or a stand in) in this book, nor with anyone who thinks Shakespeare did not write his own plays.

Right now I'm reading about Sinclair Lewis and Theodore Dreiser, so another bookstore photo may appear if I blog about that (Brian holding up Babbitt?!).

And Truman Capote will be feuding with Gore Vidal. But where's Norman Mailer? Oh, he's here, wrapped up in various other feuds.

I apologize for mispelling "conundrum." I don't know where my head is sometimes.

Conumdrums: the confusing mixed signals sent by literary war drums before, during, and after literary feuds that give everyone a mind-numbing headache.