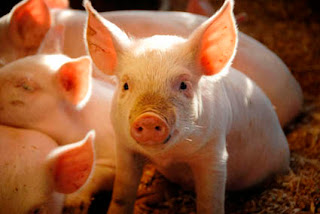 Day 142 of the “What are you reading, and why?” project, and Emily is reading Xenocide, the third book in the Enders Quartet by Orson Scott Card, after getting hooked on the series when her mom listened to the first book, Enders Game, on audiobook. Emily then found the book at a bookstore in California.

You know I love coincidii, and today a young woman at Babbitt’s bought Enders Game, and we chatted about it, and tonight Emily sent her reply to my “Why?” question at Facebook....and now it is tomorrow and I am posting this, via time travel.

The woman in the store was buying a copy because she didn’t have one, although she had already read and loved the book. “It’s a cool story for middle school boys!” she said. “And then, when you read it again when you are a little older, you see that it is a commentary on life.” She called it a combination of science fiction and religion.
Emily concurs. Here is her summary, in her own words (condensed so I don’t give too much away!):

Orson Scott Card is most noted for his science fiction work, but also writes in other genres, and is an advocate and activist for the Mormon Church (I'm far from being Mormon philosophically, by the way). This is according to his Wikipedia entry. I haven't read anything outside of the Ender Quartet.
In the first book, Andrew, who goes by Ender, after attending and being indoctrinated in battle school, blows up a whole alien species (the "buggers") with several of his former classmates and proteges, thinking he is playing a game.
When Ender travels to another planet, he has a revelation that what he did was wrong, and the buggers were no longer a threat to human life when he blew them up. He writes a story about it, and signs it "Speaker for the dead", which then turns into a whole religion and philosophy.
In the second book, Speaker for the Dead, it's 3000 years later, and due to side effects from space travel, Ender and his sister, Valentine, have only aged into their 30's. We find out here that Ender has go to by Andrew, since everybody hates Ender now. They call what he did a "xenocide", since he killed off an entire alien species, or so they think.
A new alien species has been discovered, called, by lay people, "piggies". Piggies live on a planet chronically [besieged] by a microbe called the descolada. It's fatal to humans, but… piggies don't understand that, for humans, death is permanent.
Toward the end, a revolt happens, where two xenologists (somebody who studies alien life) end up interfering too much with the piggies,… and Andrew starts coming out as both the original speaker for the dead and Ender.
I'm on the third book now, Xenocide. Ender and Valentine are now in their sixties. The starways congress, an intergalactic version of the United Nations, has decided to blow up the planet the piggies live on, and a taoist teenager named Gloriously Bright, along with Ender/Andrew and his crew, are struggling to find out what to do separately. Gloriously doesn't know Ender and his friends personally (and vice versa) yet.
Gosh, I hope what I said was clear.

Emily was quite clear and I hope my edits don’t mess that up! I am now a little scared of buggers and piggies, and the frightening pun of “xenocide.” And, as I told the young woman yesterday/today (time travel challenged here) in the bookstore, I think you would like The Sparrow, by Mary Doria Russell, Emily, and its sequel, Children of God—science fiction, comparative religion, cultural anthropology!
And, by further coincidence, I was just listening to the Beatles song with "piggies" in it, who sound like "biggies" in some of the refrain. Clearly, the Beatles were time travelers, too.
Futuristically, the Ender series has gone beyond 4 books now....
Posted by Kathleen at 8:44 AM