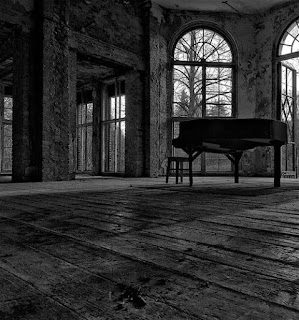 Last night my dear friend Kim came over, bearing Triscuits, a borrowed cake pan, hummus, baba ganoush, and Hope Springs, starring Meryl Streep, Tommy Lee Jones, Steve Carell, and a bunch of other fine actors, just out on DVD. We'd intended to see it in the theatres, since we had lots of fun laughing at/with Meryl Streep, Steve Martin, and Alec Baldwin in It's Complicated in the movie theatre back in 2009.We missed Hope Springs when it was in town, but we knew we'd watch it sometime, because, well, hope springs!

This one, about a 31-year marriage, is not as full of yuks as It's Complicated--in fact, at times it's excruciatingly real--but we enjoyed it, and Meryl Streep is her usual/unusual amazing self--that is, transformed. "It doesn't even look like her," said Kim, about Streep's transformation into Kay, the patient-yet-suffering wife of Arnold. Steve Carrell gets to be subtle and stellar himself in this movie.

I forgot to pop popcorn, but I provided Blarney Castle cheese & red wine. Kim had eaten an actual dinner before arriving. I had eaten some french fries. I also forgot to serve the frozen grapes rolled in jello, which was fine as the thought of them made Kim "throw up a little in [her] mouth."

Here's to friendship! And to long-term marriages if they can survive! And to multiple marriages, if that's what's needed.* And to marriage equality! And to loving partnerships, wherever they arise in the human or animal kingdom. (No mixing of human and animal kingdoms, please.)

*I was present/pregnant at Kim's first marriage, as I recall, because I had a baby the next day! (After some accidental vodka.) (Not enough to hurt.) (It was in cranberry juice, a slight misunderstanding.)

Here's to grand pianos and the springing of hope wherever it can spring!
Posted by Kathleen at 12:07 PM

It was delightful, thanks for the cheese and the comfy couch and good company!

I don't want to be a stalking lurker get-your-own-blog drooling zombie, but I'm so in agreement with Kim about frozen grapes.