Falling Off the Empire State Building 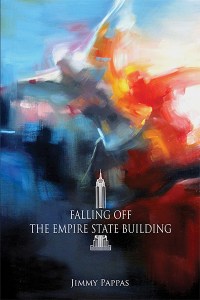 Today's #SealeyChallenge book is Falling Off the Empire State Building, by Jimmy Pappas, the 2020 Rattle Chapbook Prize Winner. Pappas's book grabbed me today for its somehow darkly comic yet patriotic title, the day Biden has announced his running mate, Kamala Harris. The title captures how I've been feeling lately, with America having reached great heights only to fall off its own pedestal. Yet here I can celebrate something. 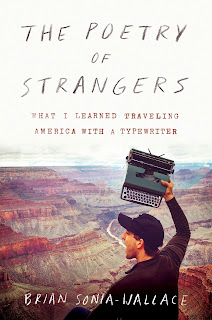 And I am certainly enjoying reading a poetry book or chapbook a day on the advice of poet Nicole Sealey, a good literary citizen. I wanted to tell you yesterday about that moment in the "Document/ed" chapter of Brian Sonia-Wallace's book, The Poetry of Strangers, but I am telling you today: "A mentor had been talking to me about 'literary citizenship' as the obligation that writers have to support each other's work and work to elevate each other's voices." Brian was thinking about it in the context of citizenship itself, "in an age of immigration terror and child detention." Paying attention to poetry was something he could do. And it's something I can do, as a poet and a reader of poetry.

So let's visit the Empire State Building together! Pappas's book starts with an "Invitation" to homemade organic pancakes sprinkled with blackberries picked in the rain. I'm in! The second poem, "Creation," creates the [poet's] world and the theme of falling via "the man across the street / who fell off a ladder / to the cement sidewalk." (This reminded me of the guy who fell off our roof and broke both wrists, repairing our home after a house fire, a fact we learned much later from the neighbors, as we were living elsewhere during the repair. I hope compassion after the fact still counts!)

Life is suffering. People fall
off ladders. Love ends.
Nothing has any meaning.

The title poem is a father poem, and also repeats an urban legend. There are unsentimental and deeply human tributes to stepmother and mother, noting "the massive indifference of the universe" and a plethora of shoes. A father poem of love and guilt, deathbed poems of pure love for various people, a lovely poem where his sister, ready to die, signs, "Sleep."

She took the open palm of her right hand
and dragged it down her face. Sleep. Sleep.

I, too, would have let her sleep. And then, in "Mourning," taking the poet Sappho's advice, Jimmy Pappas keeps

for my next
poem.

A poet's gotta do what a poet's gotta do. And that takes me back to The Poetry of Strangers again, something Brian Sonia-Wallace says in one of his own unsentimental poems, how he's

always rooting for the monsters
who are at least honest
to themselves, at least
not pretending altruism. 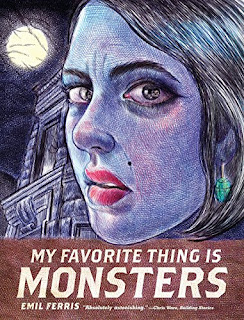 Jimmy Pappas, who has a poem about putting his screaming father in a nursing home against his will, might agree. And "rooting for the monsters" takes me all the way back to My Favorite Thing is Monsters, by Emil Ferris, and now you've come along with me on a Random Coinciday in the blog.