Voyage of the Sable Venus 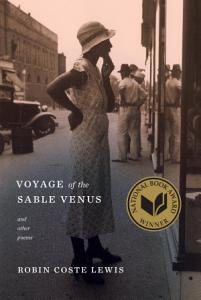 When I first started reading this book--maybe five years ago, when it first came out?--I sensed it might take me years to read, so rich it is in history and mythology, human experience, art, and ideas. Yet today, I also read it straight through in various places in the happiness of my own back yard on a hot August day in 2020, the year of hindsight and horror. Voyage of the Sable Venus, by Robin Coste Lewis (Alfred A. Knopf, 2015), is a wonderful and challenging journey, containing other journeys within it, and speakers who contain multitudes, so that time kept folding over itself, and skies kept darkening and clearing my mind as I read it. The center section is the central "Voyage of the Sable Venus," a poem collage of "titles, catalog entries, or exhibit descriptions of Western art objects in which a black female figure is present, dating from 38,000 BCE to the present." See what I mean? 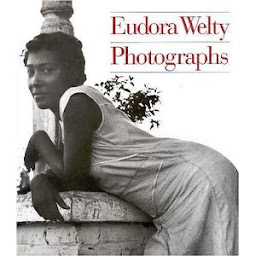 That particular poem, requiring lots of research, is dedicated to "the legacy of black librarianship, and black librarians, worldwide." I love the cover image, the photograph called Window Shopping, taken by Eudora Welty. I have a whole book of her photographs, and this one's in it!

Voyage of the Sable Venus brings my summer reading projects together: #SealeyChallenge, a poetry book a day in August, and educating myself in racism and anti-racism by reading Black authors. The very first poem, "Plantation," brought me back to Octavia Butler and Kindred, where a woman time travels to a plantation. Then in the poem "Félicité" we learn, "The black side of my family / owned slaves," words she doesn't want to say. Her black ancestor, Marie Panis, a freed woman, became the owner of a plantation as part of the territorial negotiations with Spain, France, and the United States. She gave to her son "her 'favorite' slave: a girl named Félicité."The poem later asks, "How / does one name a slave Happiness?"

This is a book full of wonders: a water buffalo gives birth to a stillborn calf "On the Road to Sri Bhuvaneshwari" in the land created when Shiva dropped the Goddess Parvati, charred and in pieces, from the sky. A woman (in art) is a working clock. A woman holds her child above her "Out of Reach / Of a Serpent // "Climbing Up / Her Dress." So many strong, amazing, compromised, bloody women. In "Art & Craft," the poet as a child figures out how to hide her own intelligence and talent, so not to stand out and draw attention to herself or her family. In the heartbreaking "Lure," she learns how not to be there, dissociated from her body to preserve herself from abuse by an elder. And in "The Body in August," everything comes full circle, "Because when I was a child, God would pull me up into Her lap," and then, "Because when God became a small child, I pulled Her up into my lap."

And here's a wonderful stanza from "Pleasure & Understanding":

All is suffering is a bad modernist translation.
What the Buddha really said is: It's all a mixed bag. Shit
is complicated. Everything's fucked up. Everything's gorgeous. Even
Death contains pleasure--six feet below understanding. 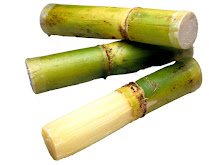 And, speaking of full circle, and pleasure & understanding, I go back to the first poem, "Plantation," where I encountered a sensory memory from my own childhood--"the fresh, pleasant taste / of juiced cane," though the cane juice I tasted as a child was sucked straight from a chunk of fresh cane.
Posted by Kathleen at 3:36 PM