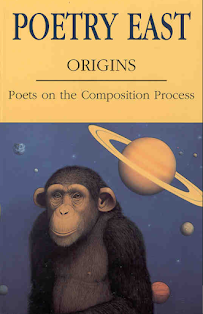 Today, to calm myself, I read the new issue of Poetry East, edited by Richard Jones, a compilation of three previous Origins issues, plus a fourth new one, so it's like four wonderful chapbooks, a fine anthology of poems and brief essays on how they came to be. Two of the previous issues are sold out, so this resurrects them in a way! I keep Poetry East #43, the first Origins issue, at my writing desk, on a shelf above my computer, along with other inspiring books. You can order Poetry East here.
I read outside in the beautiful, breezy sunshine on a comforter on the wooden glider in my own back yard, my phone at hand. It was like a perfect northern California day, except that California is having 100-degree temperatures and wildfires, and that's what I'm worried about, as I have family there. My son woke to ash on his car and a weather app that said today's weather was "Smoke." My brother's family has evacuated but is safe tonight. Hoping for the best in these terribly scary times.

So I will just give you some beautiful covers, lines, and sentences. And, of course, some random coincidii. 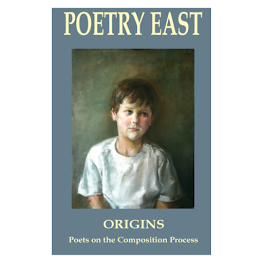 To start with the random: this time the pineapple is a coconut. That is, in my other readings this month, we've had various exotic fruits: pineapple more than once, pomelo, sugar cane (I think this is a grass). In Paul Hostovsky's poem "Coconut," a coconut means happiness to his little son.

Dave Nielsen, "In a Poem About My Father": "It is perhaps better done in a painting / or in the language that a fire speaks." 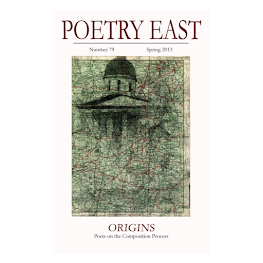 Ross Gay, in "Wedding Song," his essay for "Wedding Poem": "It is the case that so many of our delights we must be alerted to, and I think it is the case that, if we can, we ought to alert others of them as well. It's called sharing what you love, and we're good at it, but it also requires practice." I sure hope I am practicing that here, sharing what I love. What Gay loved was a goldfinch kissing a sunflower, another form of happiness.

Ruth Stone, essay for "Second-Hand Coat": "Those endless closets and halls in the brain where the unknown hides; that open for a moment and then close again. That is where poems come from."

Joseph Stroud, "Grief": "Went to the Wailing Wall of the Jerusalem within me."

Morton Marcus, from the poem "The Mirror":

It is as though he stares into another room,
a room where he has never been, and is not known,
and can observe his mother glancing from his magazine
to his father seated like a stranger in a railroad car
and the old man pulling at the pillow threads
like a furious harpist who cannot sit still. 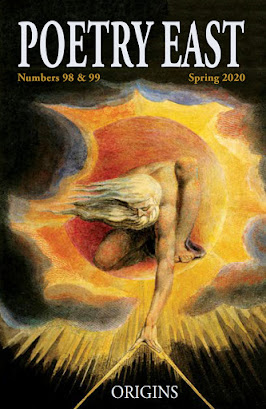 And from his essay on "The Mirror": "...and he is looking at them but facing forward, away from them, which, since he is a youth and they are members of the previous two generations, suggest that he is looking toward the future. But if he is facing the future, he is simultaneously aware of the past in the form of the three people behind him. Thus a continuum of experience, of one generation following another, is being described..." as it was in my musings yesterday, with toys and Generation Z. Alas! But I do love being aware of how things connect, and so I am sharing what I love.