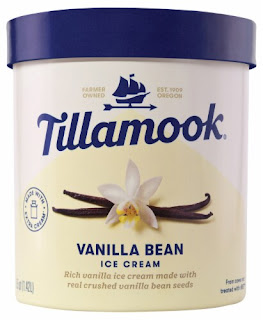 I meant to tell you yesterday, writing about Slight Faith, that MoonPath Press is in Tillamook, OR, and the marvelous coincidence that I have recently discovered Tillamook super creamy ice cream at my local Jewel in central Illinois and have some Peaches and Cream in my freezer right now!

Also, that I didn't mean to dismiss AIDS as belonging to an era. Alas, it is still with us, though now people can live and thrive with HIV, and so much is better now than in the 1980s when there was so much fear, dismay, and death. I am reliving that now as I read The Great Believers, by Rebecca Makkai, revisiting neighborhoods, theatres, restaurants...remembering lost friends.

The character Fiona in this book is looking back, too, from 2015 in this chapter:

"...How could she explain that this city was a graveyard? That they were walking every day through streets where there had been a holocaust, a mass murder of neglect and antipathy, that when they stepped through a pocket of cold air, didn't they understand it was a ghost, it was a boy the world had spat out?" 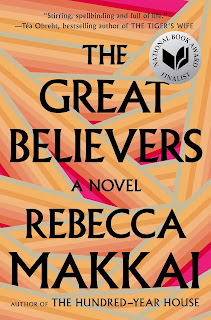 Fiona has lost a brother to AIDS. The book reminds me that the gay community was conflicted about testing, distrustful, naturally. My friend Mitch wanted to move to Australia to get away from the concentration camps he expected to be erected in the USA. He got as far as London and had a bit more of his theatre career before he died. Of AIDS.

So there's a sad reminder and a sweet, creamy consolation for us, here on Slattern Day in the blog, where I must do some household chores interspersed with laziness and more poetry for the Sealey Challenge.