"Is this the hand-bag, Miss Prism?" 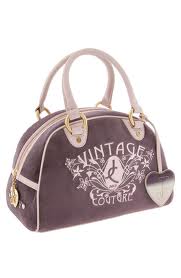 Day 344 of the "What are you reading, and why?" project, and we read through the prism of our desires...heh.  A woman and her daughter came into the store yesterday looking for Austen and Dickens.  Austen was the mother's favorite, and the daughter wanted to make a book purse out of the Dickens.

Ah, my crafty friends who read! Books will never go out of style!

So, yes, they found a Readers Digest condensed (but not overly condensed) hardcover Pickwick Papers, green with gold lettering, that will make some nice English major a fine purse.

Sarah Jane made me laugh over in her blog, the rain in my purse, discussing the new changes in the horoscope.  When in a mocking mood, and referring to my online or newspaper horoscope-for-today, I call this the horrorscope, and think what a nice paying job that must be, writing those little snippets "for entertainment purposes only," but the rest of the time, I love astrology.

I see it as astronomy + mythology = astrology, and think those ancients were definitely observing something and some patterns, however they chose to interpret it.

It's like a farmer saying, "The trees know it's going to rain."  They've seen the leaves turn over, they know a storm is coming, and they've personified the trees.  There's another, more scientific reason for the leaves turning over, yes, there's an explanation for the phenomenon, but the farmers and the trees are right.  It is going to rain. Etc.

Why is it so easy for me to suspend two kinds of interpretations of reality?  Let them float like dust motes and water vapor in the air?

I don't for a moment take mythical and metaphorical truths as literal reality.  I guess, as with other things, I don't see them in competition.  It's an odd collaboration and cooperation in my odd mind.

Of course, as Sarah Jane notes about the "fraud and mass deception" aspect, I don't want anyone to be duped, nor another American president whose wife is running the country with astrology.

My suspension is indeed water vapor and dust, before real rain.

It's like dream interpretation.  If I remember my dream in the morning and look at it, I am asking myself, "Hmm, what's on my mind?"  I think it's fun to find out what dream symbols "mean" and to bounce them off Jungian archetypes and universal symbols, etc., but I guess I think it's mostly going to turn out to be another personal prism, and help me ponder something I already was pondering, or see it now in a clearer light, uh, daylight, in fact.

When dream symbols and psychological archetypes and astrological patterns turn out to be shared, and to ring true, I imagine there's something there, and I stand back in awe, aware that I don't have the full explanation yet, if there is one.  And if it's a mystery, it's a mystery I don't try to solve on my own.

For instance, in my poem "Large Hadron Collider," about the underground collider and the particles racing around for the scientists in real life, with surely dire import, I am also using the prism of a tarot card reading to try and understand what's going on in the outer world and the inner world.  I think, on the particular night of the poem's making, I was trying to find something, and to focus.  So I put together not being able to find the book-in-a-box-with-tarot-cards on the shelf, my heart, and the real meaning that will come from the collider experiment, which I cannot know, by laying out a tarot reading, and trying to interpret it.  Hence, the poem.

Which surely has some meaning, other than this account of the process, which you can interpret on your own.

Of course, I love it when, as in a comic play by Oscar Wilde, all clues point toward one delightful conclusion. "Is this the hand-bag, Miss Prism?"  She is so glad to have the hand-bag restored.  And the lovers can marry each other, and live happily ever after, uttering ridiculous witticisms!!

Oh, Karen, who has new bookcases, to fit in more literal books, but who can no longer fit The Importance of Being Earnest into her syllabus, I feel for you!
Posted by Kathleen at 7:59 AM

Now I don't know whether to sing "The Lady with the Alligator Purse," or make cucumber sandwiches.

Goodness, a purse? That beats all. :)

And on another note... why, I never thought I'd meet another person who wrote a poem about the collider. Have you met the person I first knew to do it? :)

Thanks for the heads-up, L.L. Loved the connection of the collider to family life--worked wonderfully!! And sort of reminded me of Six Flags and the county-fair kinds of family wamily experiences!

Co-worker Sarah wants to make a book purse, too. I see a book purse crafty doodle party coming on!! Julie, are you in?

I'm in! Scott has been wanting me to get rid of the 30-year-old law books I still have clogging up a bookcase. Since the law inside is so outdated, wouldn't a nice big maroon-and-gold Prosser on Torts make a lovely handbag? (I looked at the instructions and I will definitely need group help to get that to work.)

Me, too, and we will need more than gluesticks to hold these purses together.