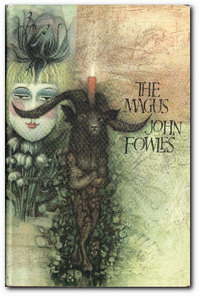 Day 336 of the "What are you reading, and why?" project, and yesterday I did talk to people about what they were reading, but I posted my poem just because that seemed all I could do and because we were probably all reading the news, the followups, the updates, or listening to it.  I heard the first reports on NPR, traveling to and from the volleyball tournament.  Thanks to all for the wisdom and comfort in your comments here.

To follow up with Harry, he has been reading George Herbert, one of the metaphysical poets, and had asked me if there was another name for poems like Herbert's poem that begins, "Lord, who createdst man in wealth and store, / Though foolishly he lost the same, / Decaying more and more..."  Hmm, which does fit right in with the weekend's horror.

Herbert's poem, in the shape of wings, has come to be known as "Easter Wings," and I found it in Five Metaphysical Poets, by Joan Bennett, which also discusses Donne, Vaughan, Crashaw, and Marvell.  It belonged to Christine Garrigan, who taught me Victorian Prose in graduate school at DePaul University, and this must be one of those free books professors put out on tables when they were cleaning out their offices.  I remember reading Ruskin with Professor Garrigan.

To answer Harry, using the handy Handbook of Poetic Forms, published by Teachers & Writers and edited by Ron Padgett, the name for this kind of poetry is often simply "shaped poetry" or "pattern poetry."  The term "concrete poetry," which we often apply to shaped poetry, is associated with a particular modern branch of it and sometimes to poems that depend entirely on their shape on the page for their impact and effects.  Herbert's poems can also stand on their own, content-wise, but become themselves more fully in their shapes.

But the T&W book did provide me with the name Harry had been searching for: calligram, a form developed by Guillaume Apollinaire in his book Calligrammes, which contains the beautiful "It's Raining," which looks like it's raining.

I do love the Handbook of Poetic Forms, which provides definitions and summaries of the history of the form, examples (often modern variations on it), and pronunciations! Oddly, I have been corrected on my pronunciation of, say, cento, but it is SEN-toe, as I had always said it, and means "patchwork," and is the basic collage poem, once again popular.  It is, apparently, sometimes confused with the Italian for a hundred (CHEN-toe), and sometimes leads to 100-line collage poems, but SEN-toe is correct for the patchwork collage poem, if anyone was wondering, or worried!

And yesterday a young man picked out The Magus, by John Fowles, as he had always wanted to read some Fowles. "Oh, this is a revision!" I said, opening to the title page. "Do you know what he's revised?"

But then we simultaneously pointed to the new foreword by the author and realized Fowles would tell us.  I think the young man will, too, when he returns. I am interested because I loved reading The Magus but felt somehow cheated by the ending, and maybe the revision and foreword address this.

Nope, Fowles probably leaves the indeterminate ending; the foreword credits the sources. Which leads me to that story I always tell about reading The French Lieutenant's Woman at the time I was getting my wisdom teeth removed and writing a completely different third ending to the novel in my head, under gas. Wikipedia alerted me to the film version, and Michael Caine's and Woody Allen's humorous complaints about it.
Posted by Kathleen at 8:13 AM

I agreed to do a short post on centos for One Stop.

I've read all of Fowles work, though it's been years. I'd have to re-read to carry on an intelligent conversation.

What happened in your gassy third ending to The French Lieutentant's Woman?

French Lieutenant's Woman is on my to-read list! I read The Magus but remember it vaguely.